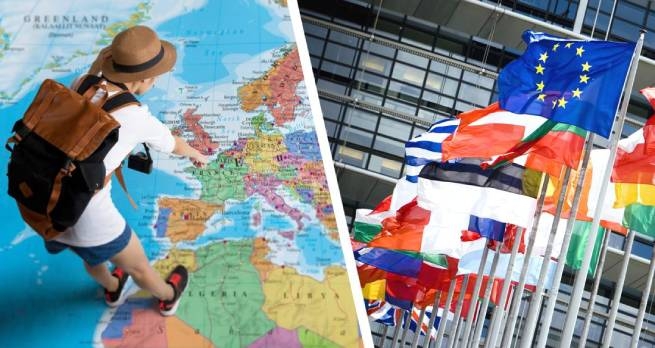 The consequences of the abolition of the simplified visa regime for Russians by the European Union affected the changes in tourist destinations. However, some European countries still welcome guests from Russia.

More than 2 months have passed since EU canceled the simplified visa regime with Russia. The consular fee has increased from 35 to 80 euros, and more documents are required to obtain a visa. For example, for a trip to Germany, it is necessary to have an extract from a bank operating in the member countries of the European Union. Some countries even stopped issuing visas to Russians – the Czech Republic, Finland, Latvia, Estonia, Poland, Lithuania. The Czech Republic even banned Russian tourists from transiting through airports in the absence of a Schengen or airport visa, writes GreekReporter. One of the last to join the change in the rules of Cyprus and from December 1, 2022 introduced visa fee.

But Spain this year increased the number of Schengen visas issued to Russians three times, their number amounted to almost 110,000, Bloomberg noted. The Spanish authorities turned out to be the most loyal to Russian tourists, and the number of refusals to issue visas is only 1%. Moreover, some issue visas for a period of 2 years. Dmitry Volkov, the author of the telegram channel Dmitrii_visa.news, says:

“There are only three countries left that normally issue tourist Schengen visas to Russian citizens: Spain, France and Italy. If we compare these three countries, then in total Spain really issues more visas now, it is easier to register in the Spanish visa center than, for example, in the visa center of France or Italy, and faster. People choose Spain for themselves, as it can, first of all, be done quickly: the visa processing time, as a rule, takes no more than two weeks. Regardless of the real purpose of the trip, people in 95% of cases submit [документы] for tourist visas, as they are easier and faster to obtain. Further, already when people come to Spain on a tourist visa, they can start the legalization process on the spot for various reasons, for example, they can stay to study, they can also take care of buying real estate. A tourist visa does not prohibit here, on the spot, changing your status.

Sophia Defosse-Aksyutina, director of international projects at the Euroresident immigration and visa agency, tells about the changes in the two months that have occurred since the abolition of the simplified regime:

“Consular fees have increased. Deadlines have increased accordingly. If earlier Spain issued a visa for several days, now it takes ten days. France and Italy have greatly increased the time – up to three to four weeks. And the terms for which visas are issued, of course, have been shortened. If earlier it was rare to get a visa for a month, for two, for three, now, unfortunately, this is a constant phenomenon. Our compatriots continue to travel abroad. The geography of their travels has changed. Border countries that have imposed a ban on visiting their territory do not allow travel through it with Schengen visas, so basically with Schengen visas you need to fly by plane and arrive already in the countries of Western Europe. France, Spain, Italy continue to issue visas and do not require certificates from foreign banks, do not require insurance from foreign insurance companies.

It is difficult for Russians wishing to travel to Europe to even make an appointment at the visa center to receive a Schengen visa: open slots for admission appear very rarely. It helps to support a tour operator or paid services of a bot that will track an open slot. If you still managed to get a visa, tour operators recommend going first to the country that issued it. This may increase your chances of getting a visa next time. However, no one can guarantee that the “Schengen” will be lucky again – the EU continues to introduce new restrictions for Russian tourists.