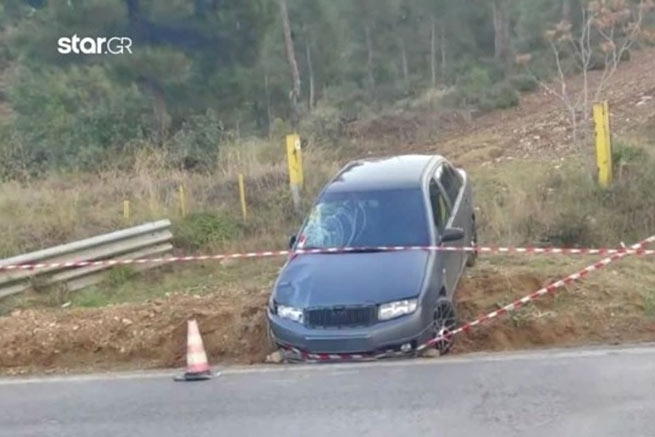 A driver who hit a 21-year-old student in Thessaloniki and then fled the scene of the accident has turned himself in to police. After the accident, he abandoned the car on the road and hid for several days.

The 26-year-old driver who hit Emma in Kamares (Thessaloniki) surrendered to law enforcement officers on November 23 around noon. On the same day earlier, a 19-year-old woman came to the police, who was in the passenger seat in the fatal car, and today she will be taken to the prosecutor’s office.

Meanwhile, an injured student is in critical condition at Papageorgiou Hospital in Thessaloniki. The girl is intubated and is fighting for her life, while her relatives hope for a miracle. She has severe head injuries, numerous fractures, bruises of the lung and spleen. Doctors deemed it necessary to perform surgery on her head, and she had already undergone surgery for orthopedic injuries.

The driver of the car that hit the student is of Albanian origin and has previously fallen into the hands of the authorities in a drug case. He was arrested with a lot of hashish and released on parole. The police feared that he would try to flee to Albania.

Earlier, the SKODA car that hit the student, whose driver was an Albanian, was found abandoned by the road. The owner of the car, a 44-year-old local resident who was previously involved in drug and domestic violence cases, claims that he was not driving the car.

Statement ELAS on the identification of the perpetrator

After a thorough investigation by policemen from the sub-directorate of the Thessaloniki Traffic Police, a case of a pedestrian being run over by a private car and leaving the victim at the scene of an accident was revealed. In this case, a case was opened against a foreigner and a local resident, who were arrested yesterday (23-11-2022). As the police investigation established, early in the morning on November 22, 2022, in the city center, a private car driven by the arrested person and in which a local resident was driving hit and seriously injured the girl, after which he left the scene. The victim was taken to a hospital in the city, where she is receiving medical care. The arrested woman with the materials of the case will be delivered to the competent judicial authorities.