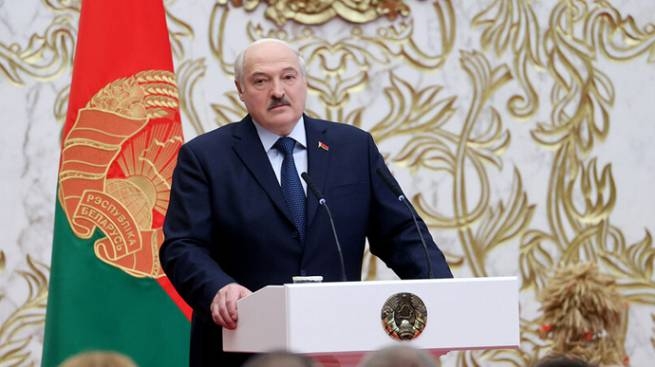 In a video interview with Russian media, Belarusian President Alexander Lukashenko “foresees” how Ukrainians will soon begin to make claims against their president.

The indignation will occur, according to him, against the background of the lack of light and heat, and the people will later ask the head of state why “there is a war on his territory.” Telegram channel “Pool of the first” publishes Lukashenka’s video interview with Russian media. The President of Belarus is sure of imminent conflicts within the country:

“I am watching Ukraine. Today, the population of Ukraine, despite the fact that they hate us there – Russia, partly Belarus, and so on – begin to make claims against their leadership. When people have nothing to eat, when the cold is at home, when the entire infrastructure is practically destroyed – ordinary people suffer. And here is the alternative – guys, go sit down for negotiations. Zelensky, maybe it’s good – he came out there in a T-shirt, then in a blouse that had not been washed for a long time, greeted, shook hands with someone – and they threw him 200 million dollars “Haymars” and some other “Javelins”.

Lukashenka claims that “Zelensky is easier – he is well-fed, fed, does not suffer without electricity, etc., while millions of Ukrainians suffer.” He predicts:

“And the fact that the conflict, the war is on his territory – look – in a year or two the people will blame him: “Why did you make the war start. The question here is not who is right and who is wrong. (And in) why is there a war going on in your territory?

Earlier, Lukashenko said that Ukrainian President Volodymyr Zelensky should stop and enter into peace talks with Russia if he wants to avoid huge casualties and the complete destruction of Ukraine.