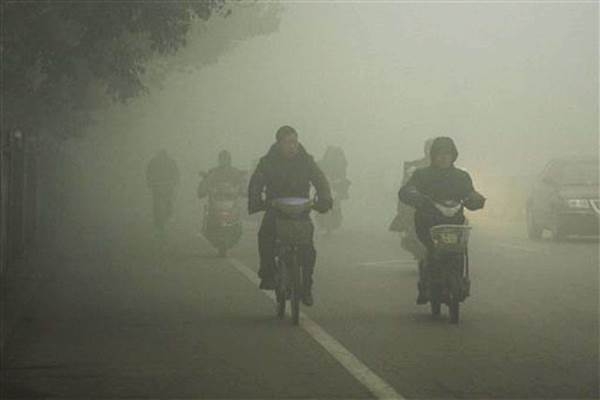 According to experts, the inhabitants of Athens were “thrown back” by 30 years in terms of air quality in the metropolis.

Smoke from fireplaces and wood-burning stoves, as well as pollutants from vehicles, are primarily responsible for around 10,000 premature deaths per year in Greece, according to an annual report from the European Environment Agency. The Mediterranean country ranks 3rd in Europe in terms of impact of air pollution on diabetes (60.7 YDL per 100,000 inhabitants) and 16th in Chronic Obstructive Pulmonary Disease (35.5 YDL per 100,000 inhabitants).

Air pollution has also been linked to chronic disease, with Greece ranked third on the European list for the effects of nitrogen dioxide on diabetes. Overall, air pollution claimed the lives of 311,000 European citizens in 2020, remaining the continent’s top environmental threat.

The new data on the impact of air pollution on the health of Greeks comes from the European Environment Agency’s annual report released today. According to a report covering 2020, about 8,800 people died prematurely in Greece due to rising particulate matter, about 1,900 due to increased nitrogen dioxide and 920 due to excess ozone. The maximum values ​​for these substances are 5 µg/m3 for suspended microparticles, 10 µg/m3 for nitrogen dioxide and 70 µg/m3 for ozone.

The main sources of air pollution in Greek urban centers are vehicular traffic and heating. “In winter, the most important source is heating, namely the burning of biomass, i.e. fireplaces and stoves,” explains Nikos Michalopoulos, director of the Institute for Environmental Studies at the National Observatory of Athens. “This phenomenon appeared ten years ago, at the beginning of the financial crisis, and remains strong. Pollution from biomass burning has brought us back to 30-year-old pollution levels, in some cities comparable to Asian countries. I am afraid that this year the situation will be even worse, as people were afraid of the gas price rise and will switch to firewood and pellets again.”

Air pollution caused a significant number of premature deaths in 27 member countries in 2020 EU. It is estimated that exceeding the maximum values ​​set by the World Health Organization (WHO) for suspended particulate matter resulted in 238,000 deaths, for nitrogen dioxide, 49,000 deaths, and for ozone, 24,000 deaths:

• Suspended (solid) particles. The highest number of premature deaths due to PM2.5 occurred in 2020 in Italy, Poland, Germany, Romania and Spain. However, in terms of population, Bosnia and Herzegovina, Serbia, Kosovo, North Macedonia and Bulgaria were the hardest hit. Conversely, the lowest levels of air pollution were recorded in Iceland, Finland, Norway, Sweden and Estonia.

• Ozone. The countries with the highest number of premature deaths from this type of air pollution in 2020 were Italy, Germany, France, Spain and Turkey. As a percentage of the total population, Albania, Montenegro, Greece, Bosnia and Herzegovina and North Macedonia were the most affected.