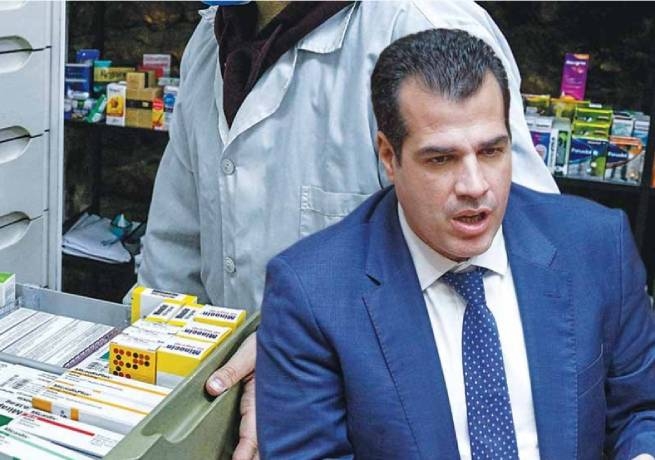 The catastrophic situation in Greek pharmacies finally forced the country’s Minister of Health to break the silence. Is the problem solvable, and why did it arise?

Both ordinary citizens and Greek pharmacists are desperate from a catastrophic shortage of medicines. Often a visitor to a pharmacy may hear in response to a desire to get what they need: “For a simple preparation, you may have to wait up to a month.”

After several months of banal silence, Thanos Pleuris finally touched on an existing problem yesterday. The Greek Minister of Health has pledged to impose an export ban on certain drugs and to conduct checks on five major companies that are believed to be importing smaller quantities into the country than necessary. He announced the publication of an updated list prohibiting parallel exports and an increase in imports.

Will the promised measures improve this dramatic situation? Representatives of pharmacists’ associations are reluctant to answer this question in the affirmative. Costas Lourantos, president of the Pharmaceutical Association of Attica, says:

“However, I am cautious, the results will show whether the measures pay off.”

And the president of the Pharmaceutical Association, Dionysios Eugenides of Thessaloniki, noted that Pleuris’s statements “go in the right direction”, but “their implementation is required,” writes newsbreak.gr based on the results of the extensive report “Espresso” carried out in recent days.

“For a simple medicine, you may have to wait up to a month to get it,” says a pharmacist from Virona. And the owner of a pharmacy from the Pagrati district says: “I have clients from eastern Attica who have to come to the center of Athens to get the medicine they need.”

The Greek Ministry of Health links the shortage of medicines with international factors. But what are the real causes of the unprecedented medical crisis? A phenomenon related to the global economic crisis, according to the government, or another “case” of millions with the tolerance of the state and Greek citizens as a victim?

Medical experts believe that the shortage of basic pharmaceutical products is due to the attitude of drug dealers and the complete lack of state intervention, which allows pharmacy owners to enrich themselves at the expense of Greek citizens. Mr. Lurantos lashed out at the Ministry of Health and the National Organization for Medicines (ΕΟΦ), which he accused of being responsible for the unprecedented medical turmoil:

“They make it clear they don’t want to offer solutions. With the support of the Ministry, pharmaceutical warehouses continue to grow rich at the expense of Greek citizens. For forty years I have never seen such a mess. All missing medicines can be exported. A medicine that is imported into Greece for 10 euros is sold in a Greek pharmacy for 11.5 euros, and according to the law, the warehouse can give it abroad for 20 euros.”

Dionysios Eugenides, President of the Pharmaceutical Association of Thessaloniki, says:

“If the state wants, it can put an end to this situation by immediately legislating a long-term ban on the export of medicines from the country. The lack of drugs is a multifactorial problem, but in our country it mainly concerns drugs from large multinational corporations, which are supplied at low prices. And merchants, in search of more profit, instead of distributing them within the country, prefer to export. The result of this choice, made with the connivance of the state, is that today we have a shortage of more than 400 medicines.”

Apostolos Valtas, president of the Panhellenic Pharmaceutical Association, came to a similar conclusion:

“We are a country EU with the lowest prices for medicines, as a result of which their export is very beneficial for pharmacy warehouses.

As to why the government is “boosting” the income of some at the expense of Greek citizens and public health, opinions differ. Some argue that this is a matter of public finance, as exports improve the import-export balance and increase government revenue through taxes. It is significant that the profit of pharmacies from the drugs they sell, which is set at 4.67% in Greece, can increase many times when selling drugs abroad. It is worth noting that in 2020, medicines were exported in parallel in the amount of 427,000,000 euros.

Others attribute the ministry’s and the government’s reluctance to intervene to greater interests, pointing out that Theodoros Skilakakis, cousin of the Deputy Minister of Finance, is the general secretary of the Panhellenic Pharmacy Association.

However, the consensus of all who talk about the unprecedented medical turmoil is that the government should act on the export ban quickly and enforce it for the long haul.