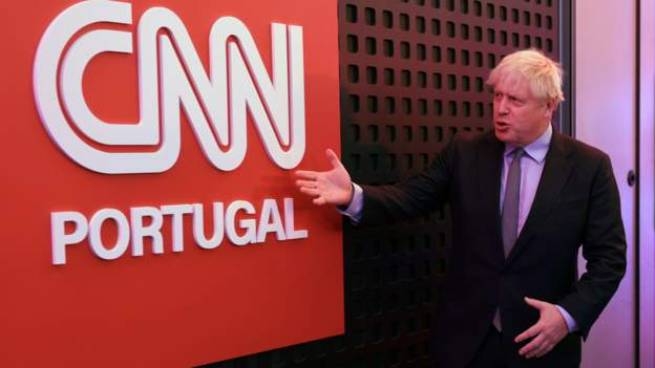 In an interview with CNN Portugal, former British Prime Minister Boris Johnson spoke about the mood in European capitals on February 24 and in the first days after the start of the war, which varied greatly at the time.

In Paris, for example, until the very last moment they did not believe in the reality of Russia’s invasion of Ukraine. In Rome, they were not ready for a tough position in relation to the Russian Federation. And in Germany, they doubted the ability of the Ukrainians to resist the aggressor and believed that it would be better if everything soon ended with the victory of the Russian Federation. Before the unity of the European Union and unequivocal support for Ukraine, some time still had to pass. Former British Prime Minister says:

“It was all a huge shock… We could see that the Russian BTGs (battalion tactical groups. Note ed.) were piling up, but different countries had different views on the prospects. At a certain stage, the German position was that if this happen – it will be a disaster, but then it would be better for everything to end quickly, and Ukraine fell. I could not support this point of view, I thought it was a catastrophic approach. But I can understand why they reasoned the way they reasoned ” .

According to Johnson, France until the last moment did not believe that Putin would launch a full-scale invasion. CNN recalls information received from sources that the resignation in March of Eric Vidot, the head of French military intelligence, was partly due to the fact that the department did not foresee such a scenario.

Johnson also criticized the government of Mario Draghi – for some time they could not support London’s position on a tough reaction to the invasion, due to its heavy dependence on Russian energy. The former British Prime Minister tells how quickly the initial position of European countries changed after the fateful date of February 24:

“The Germans, the French, the Italians, Joe Biden – everyone saw that there were simply no options. Because you can’t negotiate with this person (Putin). This is a key moment. Now I highly appreciate the way the European Union reacted. They acted together, the sanctions were tough, the response is brilliant.”

During the interview CNN Boris Johnson also praised Ukrainian President Volodymyr Zelensky for his leadership and admitted that events could have developed very differently if he had not held this post.

Germany has already angrily dismissed statements by former British Prime Minister Boris Johnson that on the eve of the Russian invasion, Berlin considered it best for Ukraine to lay down arms, writes The Guardian. These claims are dismissed by a spokesman for German Chancellor Olaf Scholz, though doing it as diplomatically as possible: “We know that a very interesting former prime minister always has a unique relationship with the truth, and this case is no exception.”