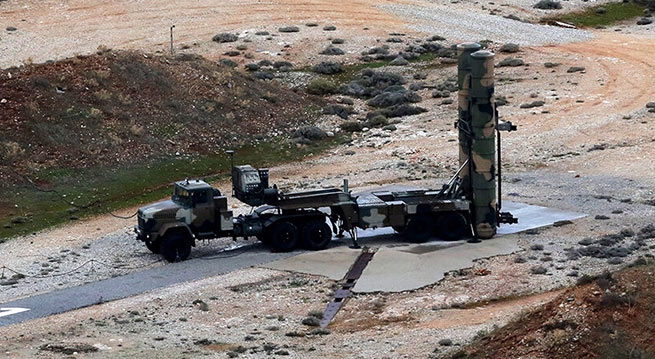 “The war in Ukraine is accelerating the process of ridding the Greek armed forces of Russian-made weapons systems, as it becomes absolutely clear that the break between Moscow and NATO will not soon create the conditions for their preservation.”

This is the context of a proposal recently received from Washington in Athens to replace all Russian systems in the arsenal of the Greek army with US-made systems. The proposal mainly concerns anti-aircraft systems such as the S-300 and TOR-M1 air defense systems. Systems such as the old OSA-K anti-aircraft systems are already outdated, and the program for the cyclic exchange of 40 armored infantry fighting vehicles BMP-1 (TOMA) for German Marder vehicles can be extended for even more vehicles.

The US proposal involves funding through tools already at the disposal of the US Pentagon, such as FMF (Foreign Military Funding), and will open the way for direct contacts between the militaries of the two countries. Ukraine’s proposal for the supply of systems Air defense S-300 and TOR-M1 in exchange for their service at Ukrainian factories was rejected for two main reasons:

Firstly, because Russia still retains the end user license agreement, which means that Greece cannot export these industrial products to a third party without Moscow’s permission, which is probably not possible under the current conditions. Moreover, it is completely unclear whether Ukrainian factories will be able to carry out such a project while the country is still at war.

Secondly, Greece cannot create gaps in its air force, especially if there is no possibility of immediate replacement. These arguments were fully understood by the Americans as well. In addition, at the latest discussion of countries supporting Ukrainian territorial forces, US Secretary of Defense Lloyd Austin praised the position of Greece and the fact that it continued to exchange BMP-1 for Marder, as well as the fact that it provided 155 mm shells for Western artillery systems supplied to Ukraine after the start of the war. The position of Athens on the Ukrainian issue also largely “unblocked” discussions on accelerating the replacement of Russian-made weapons.

Athens welcomes the proposal put forward by Washington, which primarily concerns anti-aircraft systems such as S-300 and TOR-M1 missiles.

Forecasts
Discussions with the Americans will begin shortly and will be based on a number of existing forecasts. First, already in the amended protocol to the Mutual Defense Cooperation Agreement (MDCA) and the amendments adopted by Congress in previous years, some allocations were made for the gradual withdrawal of obsolete Russian weapons systems from the ranks EU.

It is worth noting that, thanks to the FMF financial instrument, in addition to American air defense systems designed to replace Russian weapons, a gradual renewal of the helicopter fleet of the army, air force and navy with the introduction of Black Hawk will be promoted. This replacement will take place over a period of time and is intended to gradually replace the military’s (very) old Huey fleet (with lesser ones).