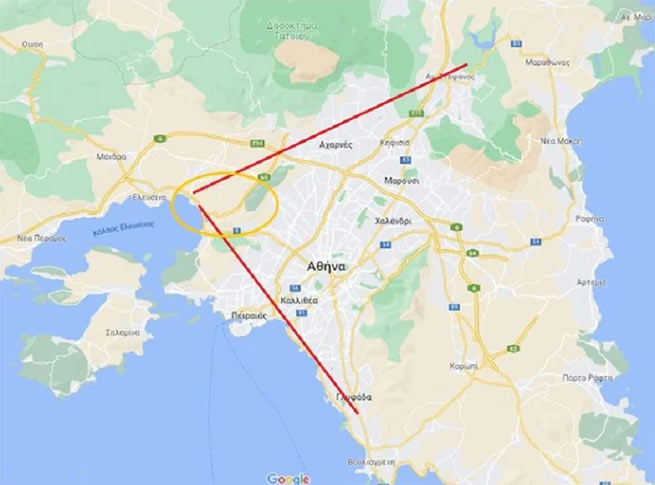 A cloud of toxic smoke is moving from the suburb of Aspropyrgos towards Athens, from a large fire in the territory of a chemical waste processing factory. The fire broke out at noon on Wednesday (23.11) at the level of the 16th kilometer of the Athens-Korinth national road.

Although the fire was brought under control shortly before 17:30, clouds of toxic smoke were moving towards Athens.

According to weather forecast in Greeceat the moment the winds are blowing smoke towards Attica.

How the smoke from the fire in Aspropyrgos moves – Map

“If you are in Aspropyrgos, take shelter in a closed building. Close windows and stay away from windows. Fire at an industrial site.”, such a message was sent through the 112 emergency message service.

“Smoke transfer to the Attica basin is very likely. Close windows in areas within the circle,” the second message noted. 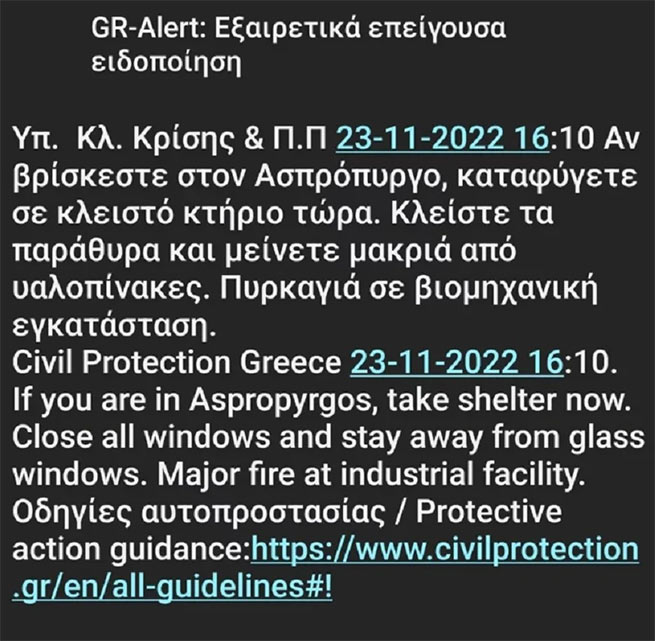 112 message for the inhabitants of western Attica

13 vehicles with 30 firefighters attended the scene. Due to the presence of chemicals, a special vehicle of the 1st EMAK was also mobilized.

A large number of police were also sent to the scene and stopped traffic while the fire was extinguished.

The fire broke out at the POLYECO company premises. As it was announced, the lives of the company’s employees are out of danger.