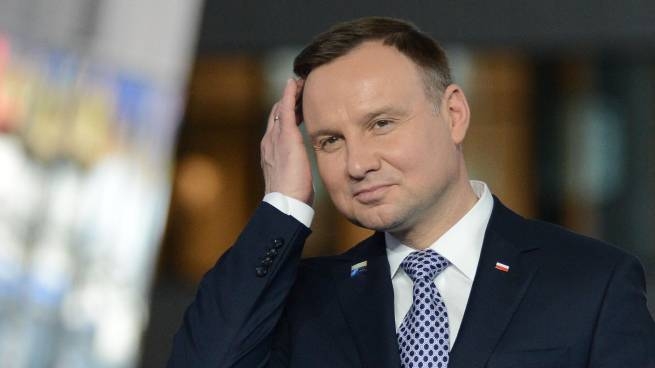 After a rocket crash near the Polish border with Ukraine on November 15, pranksters Vovan and Lexus called Andrzej Duda on behalf of French President Emanuel Macron.

At first, they had a friendly conversation, but later the Polish president suspected something was wrong and interrupted the call.

Vladimir Kuznetsov and Alexei Stolarov, posing as the President of France, managed to get through to Duda and recorded a conversation with the Polish leader. The office of the President of Poland confirmed that the conversation really took place, but after a few minutes Andrzej Duda felt a suspicious manner of communication on the other end of the line and interrupted the call.

Thinking he is talking to Macron, Duda talks about the missile fall and his reaction to the incident:

Immediate investigation what happened started by the Office of the Polish President in cooperation with the security services. Duda’s representatives explain:

After the rocket explosion in Pszewodow, during a series of telephone conversations with heads of state and government, there was a person who pretended to be French President Emmanuel Macron. During the conversation, the president, by an unusual way of conducting a conversation, realized that there could be an attempt at fraud and ended the conversation.

As a result of the fall of a rocket in the village of Pshevoduv on November 15, two people were killed. Investigation continues, designed to establish whether the missile was Russian, from a failed attempt to attack western Ukraine, or it belonged to the Ukrainian air defense, which tried to shoot down a Russian missile. Poland, NATO, and Western countries lay the responsibility for the tragedy on the Russian Federation: representatives of the Western authorities note that the tragic situation could have been avoided if the Kremlin had not unleashed a war against Ukraine.