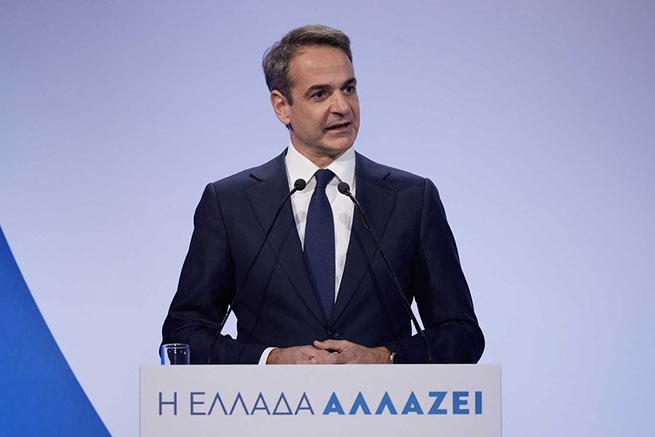 During his visit to Achaia, Peloponnese, on Tuesday, Mitsotakis defended in his speech the “family basket” stating that she is “already lowering food prices” in supermarkets.

The reaction of the left

The reaction of the leftist opposition parties was immediate, with the main opposition party SYRIZA commenting on the situation: “Prime Minister of Poverty provokes Greek society. Mr. Mitsotakis continues to eat the cake (an allusion to the statement of Marie Antoinette. Editor’s note), bearing the main responsibility for the impoverishment of the Greek people. He has no idea what is going on in society and has never been interested in it. He just points the finger at those who are unhappy and reacts to his wretched policies.”

SYRIZA added that the prime minister is “pathetic”. Party leader and former prime minister Alexis Tsipras urged Mitsotakis to “drop the wisecracks because they won’t lower the price of electricity or supermarkets or protect against eviction from main housing.”

Communist KKE leader Dimitris Koutsumpas stressed that “nonsense is not what is needed now.” “Instead of ridiculing anyone who questions his family basket and his general anti-popular policies, Mr. Mitsotakis should take action against rising prices, raise wages and pensions, stop early home evictions and auctions, open LARCO, modernize him, in a single regime, with all employees who have full rights. Stop this crime against the country’s economy, against the national property, against the workers.”

Aside from the political backlash, most Greek consumers also seem to be dissatisfied with the effectiveness of the “family basket”. In the latest survey on the subject, commissioned by ALCO for Alpha TV,

“la gauche caviar (“left caviar”). In the sense of “left (who eat) caviar”, bourgeois socialists. This is a specific type of two-faced politicians who, for example, advocate migrants, but in no case want to invite them to live in their luxurious homes, a term coined in the 1980s in reference to longtime President François Mitterrand and some of his Socialist Party ministers.

This concept is generally similar to the English Champagne socialist, the American Limousine liberal or latte liberal, the German Salonkommunist, the Dutch salonsocialist, the Italian Radical chic and others.