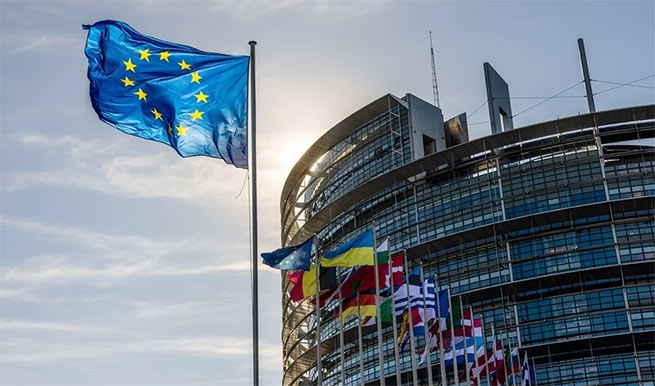 The European Parliament adopted a resolution recognizing Russia as a “state sponsor of terrorism” due to the conduct of a full-scale war against Ukraine and war crimes on the territory of the state. This became known during the session in Strasbourg, which was broadcast on the website EP.

494 deputies out of 705 voted for the resolution, 58 voted against, according to a press release from the European Parliament. It calls on Brussels to create an appropriate legal framework and consider adding Russia to the list of countries sponsoring terrorism.

The press release also said that the document is an attempt to “prepare the ground” for holding Russian President Vladimir Putin and his government accountable before an international tribunal. In particular, the MEPs called for EU and the countries of association to initiate a comprehensive isolation of the Russian Federation, including membership in international organizations and bodies. “The European Parliament calls for a further reduction in diplomatic relations with Russia and the reduction of contacts with its official representatives at all levels to the absolute necessary minimum,” the resolution states.

Resolutions of the European Parliament have no legal force and are advisory in nature. The information note accompanying the resolution notes that this document was a response to the call of Ukrainian President Volodymyr Zelensky, voiced back in the spring of 2022, to recognize the Russian Federation as a state sponsor of terrorism.

Zelensky himself reacted to the adoption of the resolution by tweeting: “Russia must be isolated at all levels and held accountable in order to end its long-standing policy of terrorism in Ukraine and around the world.”

The Russian Foreign Ministry reacted to the resolution in a predictable and typical style – its official representative Maria Zakharova, in her Telegram channel, proposed recognizing the European Parliament as a “sponsor of idiocy.”

Earlier, resolutions recognizing Russia as a state supporting terrorism were adopted by the parliaments of Latvia, Lithuania, Poland, Estonia, as well as the lower house of the legislature of the Czech Republic. Voting on each of the documents took place shortly after Russia began large-scale shelling of Ukraine’s civilian infrastructure.

Calls to consider a resolution with similar language come from some lawmakers in the US. The Biden administration, however, opposes this, pointing out that such a status would have unintended legal consequences in the US and would do little to help Ukraine.