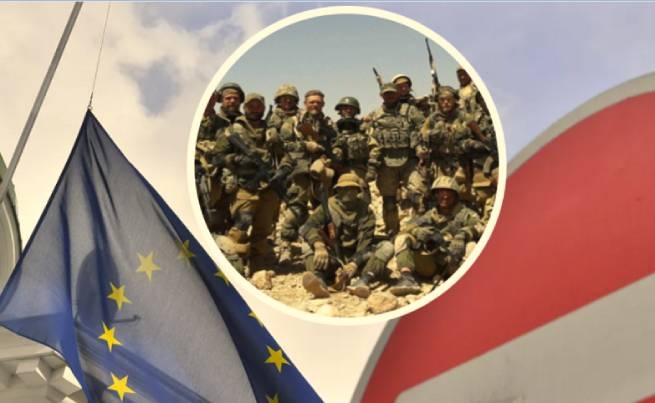 The ninth package of sanctions against the Russian Federation will cover a wide range of individuals: it will include “Russian officials, propagandists, company executives and other individuals associated with the kleptocratic regime.”

As informs Politicothe Baltic states and Poland, who have advocated faster and tougher European Union sanctions against Russia since the start of its war with Ukraine, are pushing other capitals and the EC to agree to cap oil prices and pass the ninth round of sanctions at the same time.

However, so far there is only an unofficial “reconnaissance” of the commission about the attitude towards the introduction of new measures. Some diplomats EU are not too encouraged by the attempt by more aggressive countries to link oil price caps with new sanctions. They argue that the ninth package of sanctions is not yet ready, and linking them will only complicate the situation.

A playbook preview of the 9th sanctions package showed it focused on a few separate lists of Russian officials, propagandists, executives and other figures who support the Putin regime. Long lists have been proposed by EU countries, Politico sources say, and commission experts are looking into them for links to the war. This is necessary from a legal point of view, so that the sanctions remain in force if they are challenged in court.

The publication also reports that MEPs want to include PMC Wagner in the list of terrorist organizations. Led by Putin’s close ally Yevgeny Prigozhin, the private armed group has been involved in numerous conflicts: in Ukraine, Syria, Sudan, Mozambique, and the Central African Republic.

The proposal received wide support. MEPs (representing the full spectrum of parliamentary groups, from far-right ID to left, Renew, EPP, S&D and Greens) sent a letter on November 11 to European Council President Charles Michel and Czech Prime Minister, whose country chairs the Council, Petr Fiala. MEPs are calling for the Wagner PMC to be recognized as a terrorist organization, citing Wagner’s “continued violations of international law in Ukraine” and “their previous exploits in other conflicts.”

Earlier, our publication wrote that a well-known American news site mentions a possible Greece’s intention refuse to set a ceiling on the price at which EU buys oil to limit Russia’s export earnings. Diplomats, according to Politico, warn that it is unclear whether Greece, Cyprus and Malta will raise last-minute concerns. The EU has already made concessions to the three countries and eased sanctions on Russian goods such as fertilizers, cement and others to reduce the impact on freight traffic, officials said.