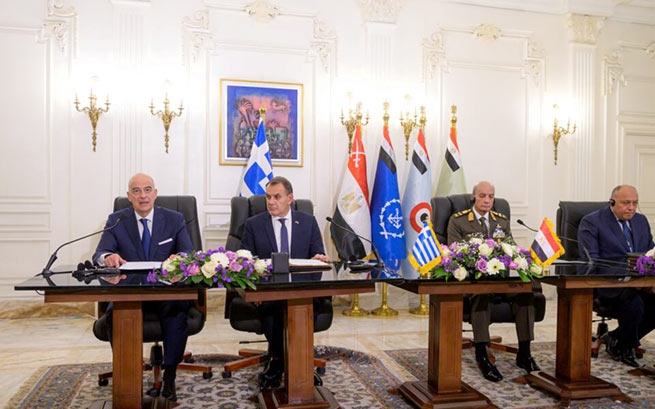 Egypt will provide 5,000 seasonal workers to Greece’s labor-starved agricultural sector in a pilot scheme agreed by the two countries on Tuesday.

The Greek Ministry of Foreign Affairs said in a statement that the deal could be “guidelines” for future agreements signed by Greece and EU with third countries to combat illegal migration. “We hope that the first Egyptian workers will work in Greek fields to help harvest next year’s harvest,” Deputy Foreign Minister Miltiadis Varvitsiotis said after signing an agreement with his Egyptian counterpart, Ihab Nasr. Egyptian agricultural workers will be allowed to enter and stay in Greece for up to nine months before returning home.

After the residents of neighboring Albania and North Macedonia received an easier regime for entering the Schengen countries, and economic migrants from Iraq and Bangladesh moved to the countries of Northern Europe, where wages are much higher, Greece faced huge problems in agriculture, which – due to the relatively low level of mechanization, it needs a large number of workers, especially during the harvest.

Greece and Egypt signed an agreement in 2020 to define their exclusive economic zone in the eastern Mediterranean, an area with promising oil and gas reserves. They are also seeking to build a submarine cable that will carry renewable electricity from North Africa to Europe, the first such infrastructure in the Mediterranean, and have also signed a Memorandum of Understanding on Aeronautics and Maritime Search and Rescue.