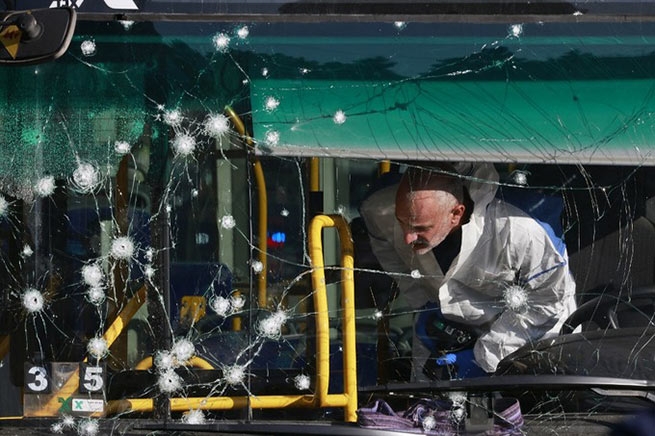 One minor was killed and about 15 people were injured, four seriously, in two explosions near Jerusalem, Israeli media reported.

The identity of the victim has not been released at the moment, the police only indicated that this is a man who was taken to the Shaare Zedek hospital. According to the Israeli newspaper Ha’aretz, the explosives were placed in bags, remotely detonated and contained nails inside. A senior Israeli security official told the newspaper that these were attacks that required organization, information and knowledge.

Israeli police spokesman Kobi Shabtai said there was no doubt that the attacks were linked. “We are currently focused on scanning all incident sites and are encouraging the public to contact emergency services if anything unusual is found,” he added.

One attack took place in the Kiryat Moshe area, near a bus stop, injuring at least 12 people, of whom at least two were hospitalized in critical condition. Another explosion also occurred near a bus stop in the Ramot area, injuring at least two other people. Television network footage shows debris at the site of the first explosion, which has been cordoned off by police, who attributed both explosions to Palestinian organizations.

Far-right leader Itamar Ben-Gvir, who is being considered for the post of interior minister in Netanyahu’s government, was quick to say that Israel should return to the tactics of contract killings.

“I won’t say anything about politics this morning, only that we need to quickly form our government. We can defeat terrorism and rebuild our government,” he said, in part.