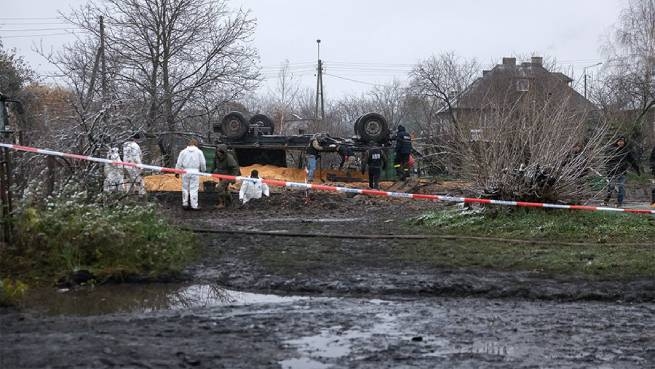 On Monday, The Associated Press fired James LaPorta, the investigative reporter who broke the news of the Russian missile crash in Poland.

news instantly became a sensation and frightened much of the world’s population: The Associated Press warned readers that a “high-ranking US intelligence official” stated that “Russian missiles crossed into Poland, a NATO member, killing two people.”

It was widely discussed on the networks, but the very next day the message was removed with an apology from the editor, who admitted that the only source used was incorrect:

“Subsequent reports have shown that the missiles were manufactured in Russia and were most likely fired by Ukraine in defense against a Russian attack.”

The missile that hit Poland, which killed two people, was likely a Ukrainian air defense missile, and there is no evidence that the incident was a deliberate Russian attack. declared on Wednesday, Polish President Andrzej Duda.

On Monday it became known that the AP agency fired James LaPorta. His material, written jointly with John Lester (who is still with the AP), indicated that the information was received from a “high-ranking US intelligence official.” However, the news agency’s rules state that it “usually seeks and requires more than one source when the sources are anonymous,” writes Daily Beast. With the clarification that exceptions are possible when “the material comes from an authoritative person who provides such detailed information that there is no doubt about its accuracy.”

The commentary of the publication regarding the dismissal of the journalist says:

“The Associated Press’s stringent editorial standards and practices are critical to the AP’s mission as an independent news organization. To ensure that our reporting is accurate, fair and factual, we comply with and apply these standards, including with regard to the use of anonymous sources.”

LaPorta, a former employee of the Daily Beast, did not comment on his dismissal. It comes nearly a decade after a news outlet fired reporter Bob Lewis over a misleading report that then-Virginia Gov. Terry McAuliffe lied to a federal investigator. This report, published in October 2013, was retracted two hours after publication.

American entrepreneur Elon Musk criticized about the Associated Press agency, which spread a fake about supposedly Russian missiles that fell in Poland, which turned out to be one Ukrainian air defense missile. The head of SpaceX left a remark on Twitter, claiming that he did not block even those accounts that “spew absolute lies.” “Even the Associated Press, with its completely fictional report of a Russian missile hit in Poland that had serious consequences for the escalation of the war,” Musk wrote.