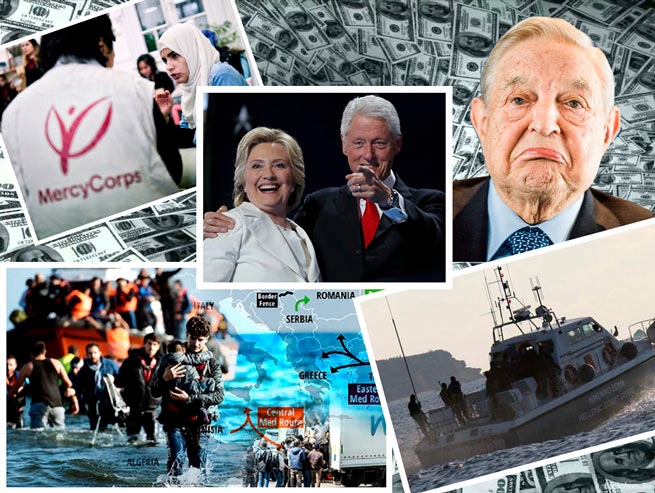 The case of the NGO Human Rigths 360 has recently received wide publicity – after reports of “death of little Mary” in Evros. According to dikastiko.grinformation about this NGO is part of an extensive report that describes the complex network of non-governmental organizations working on migrant issues.

The report provides evidence that the activities NGO network was aimed at pumping out funds from countries that support their activities, and they were appropriated by specific individuals. The report, according to the same publication, was submitted to the prosecutor’s office and relevant ministries by the Anti-Laundering Authority, which asks for an investigation into the founder of the NGO Human Rights 360 on the criminal offense of creating a criminal organization (with amounts exceeding EUR 120,000), with the predicate offense of disloyalty. According to dikastiko.gr, the accounts of the same and other persons have already been frozen. According to the same source, a network of affiliated NGOs was set up, to which the head of Human Rights 360 sent large sums of money for their services in carrying out trials of NGOs. He then allegedly entered into an employment relationship with these NGOs and received money that went from Human Rights 360 to affiliated NGOs.

However, the “bell” for Human Rights 360 rang earlier. According to a recent report by Real News, the organization’s donation income has steadily grown:

Recall the background with the death of a child: on August 17, a group of 38 migrants – 35 Syrians and three Palestinians – arrived on the Turkish side of the Evros River, and then were forcibly pushed by the Turkish authorities to an island in the middle of the river, where the migrants were stuck for several days.

The police and intelligence services of Greece have long been monitoring the activities of various NGOs associated with helping refugees and migrants. Since 2015, the Greek Prosecutor’s Office has opened several criminal cases related to the activities of NGOs, and in several cases, employees of the organization arrested and imprisoned on charges of illegal migration and spying for Turkey. During the investigation, it was recorded that NGOs received huge incomes from illegal immigrants for their transportation and legalization in countries EUengaged in espionage, the sale of women into sexual slavery, and the sale children’s organs.

However, after several years, almost all the accused were released, and most of them left the territory of Greece. US and British funded NGOs have found many high-profile patrons, including from the US intelligence services, so the cases are slowly merging and, according to investigative journalists, they may sooner or later be closed for any reason.