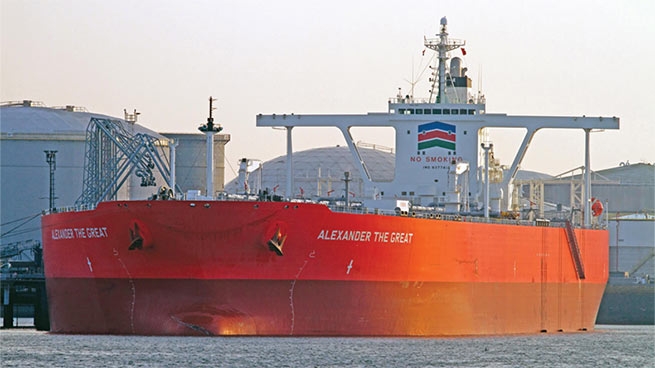 A well-known American news site mentions the possible intention of Greece to refuse to impose a ceiling on the price at which EU buys oil to limit Russia’s export earnings.

An extensive article by the American media holding, owned by the German concern Axel Springer SE, which was the main instrument of anti-Soviet propaganda during the Cold War, analyzes the method of unhindered transportation of Russian oil to date, the role of Greece and Greek tankers.

After the G7 announced the long-awaited oil price cap, there were disagreements in the EU: Greece, Cyprus and Malta did not agree with such a decision, as they are sure that this will harm their shipping companies. A report posted on Politico’s webpages says diplomats and senior officials say the three countries are worried they will lose part of their tanker fleet, which has reportedly already ditched EU flags in favor of those of China, Turkey, India or various tax havens to avoid restrictions imposed by the EU and the US. The purpose of the restriction is to prevent shipping companies from transporting Russian oil unless it is sold below the agreed limit. For its entry into force, the consent of all 27 EU countries is required.

Diplomats, as always according to Politico, warn that it is unclear whether Greece, Cyprus and Malta will raise concerns at the last minute. The EU has already made concessions to the three countries and eased sanctions on Russian goods such as fertilizers, cement and others to reduce the impact on freight traffic, officials said.

The 27 EU countries must sign an agreement before the EU embargo on Russian oil comes into effect on December 5. Theoretically, the green light could be given quickly, perhaps even at a meeting of EU ambassadors on Wednesday. After all, the European Union has already agreed on a legal framework to cap oil prices in its latest package of sanctions.

In response to the Politico article, Alexis Haritsis, head of development and investment at the SYRIZA-Progressive Alliance, said “the government has made an obvious choice that has cost society and the country’s international position dearly.”

Greece is one of the few countries that has reacted to the cap on world oil prices because Russian oil is transported by tankers owned by Greece. The government made a clear choice, which cost both society and the country’s international standing very dearly.