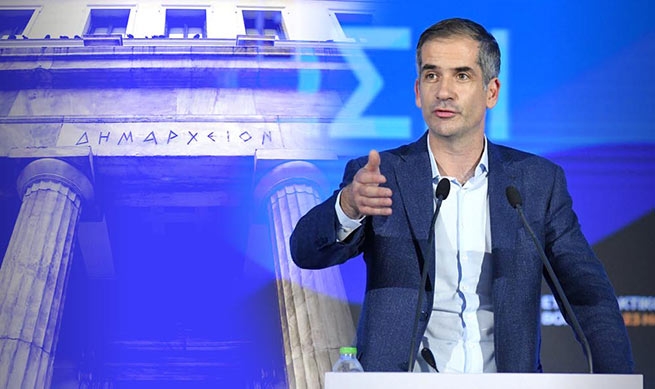 Athens Mayor Kostas Bakoyannis, during his speech at the KEDE conference, called his uncle and prime minister Kyriakos Mitsotakis “sultan” and “padishah”.

Earlier, he said that the biggest “fraudster” in the municipality of Athens and in Greece is the state, except that the state is his uncle Kyriakos Mitsotakis.

In fact, the period of his tenure as mayor, with the exception of the first 2 months, coincides in time with the term of office of Kyriakos Mitsotakis. It is obvious that something is wrong in the family after the recent revelations in the case of wiretapping, where, according to the list of Vaksevanis, Kostas Bakoyannis, Dora Bakoyannis and Alexia Bakoyannis were among the people who were wiretapped, i.е. immediate family of the prime minister.

In particular, the mayor said: “Do you know who is the biggest swindler in Greece today and the biggest swindler in the municipality of Athens? The state itself. From time to time we turn to the “father” of the state with an outstretched hand and say: “Oh, great sultan, oh, great padishah, please give us too. But, ladies and gentlemen, colleagues, because we have known each other for too many years, we are relinquishing custody, it will not go on like this, it will go on like this not only for us, but also for the people we serve.

PS By the way, for the Greek system of power, where power is tied to family ties back in the Middle Ages, a name was coined: nepotism.

Nepotism (from Latin nepos, genus p. nepotis “grandson; nephew”, also nepotism (from godfather)) is a type of favoritism, which consists in granting privileges to relatives or friends, regardless of their professional qualities (for example, when hiring) . The term appeared in the Middle Ages and originally denoted the distribution by the popes, in order to strengthen their power, profitable positions, higher church ranks or lands to close relatives.