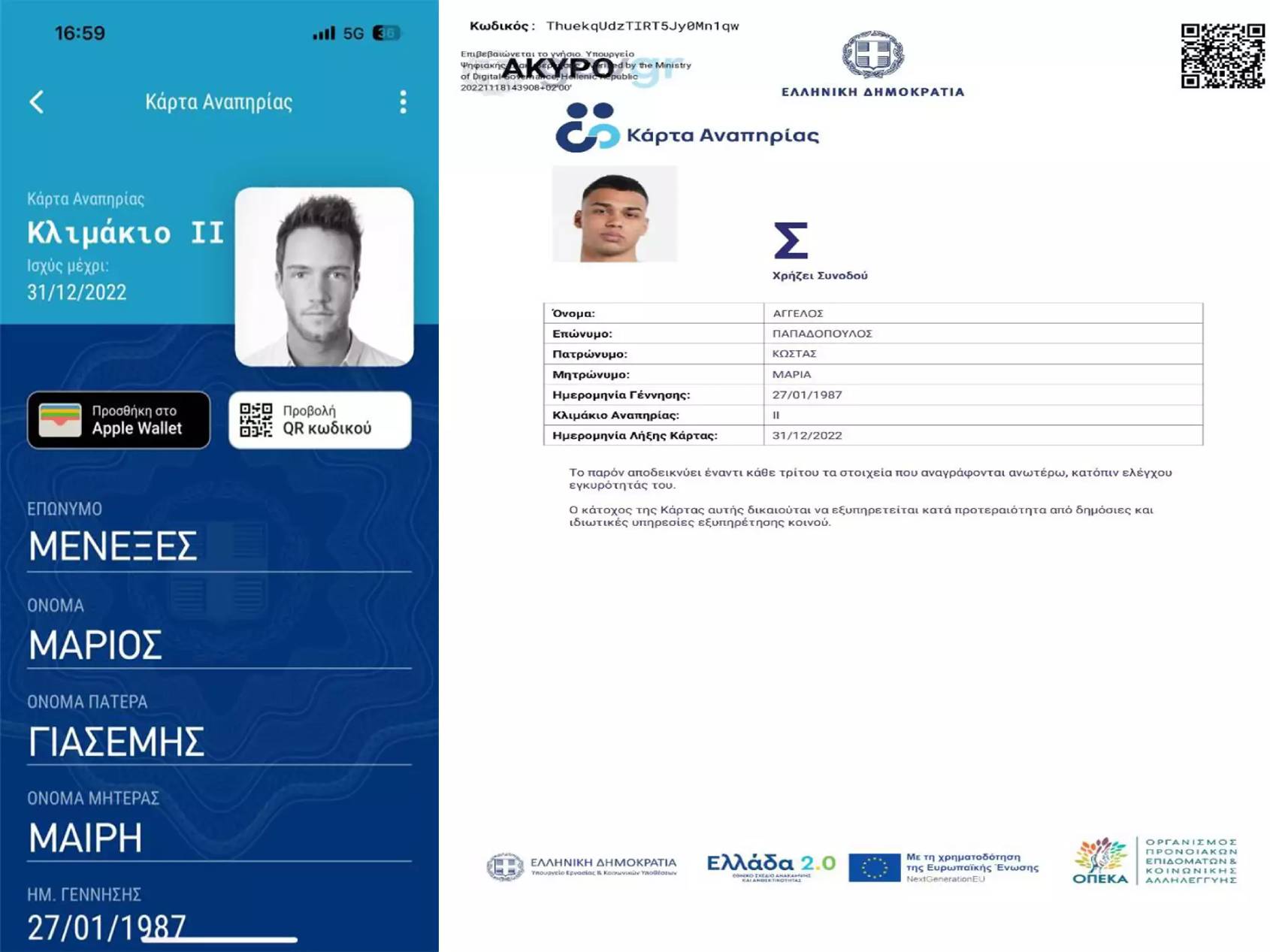 Since yesterday, 21/11, it has become available as a digital application for mobile phones to receive a digital AMEA card.

Almost 30 years late, the Greek State introduced the Digital Disability Card, which was established in… 1996. Yesterday, the ministries of labor and digital governance presented the launch of the card, which, it should be noted, can also be stored on the mobile phones of the beneficiaries. Map developed in collaboration with the National Confederation of Persons with Disabilities will function as a student pass, confirming the identity of its owner and his status as a person with disabilities before any government agencies and third parties.

Holders who present the card will be given priority service in public services, using it as proof of a disability instead of a certificate of disability, without having to share their sensitive personal — and especially medical — data. AT benefits will be added to the card in the next period, because it was decided that eventually all the benefits associated with each person with a disability would be combined.

A digital disability card is issued from November 1 in the form of a printed document (similar to a vaccination certificate).

It is now available as a digital mobile phone app, becoming the third identity document included in the gov.gr Wallet app. In the near future, the disability card will also be issued in the form of a plastic certificate. The recipients of the digital card are all persons with disabilities with an overall degree of disability of at least 50% who are registered in the register and have a valid certificate of disability at the time of issue.