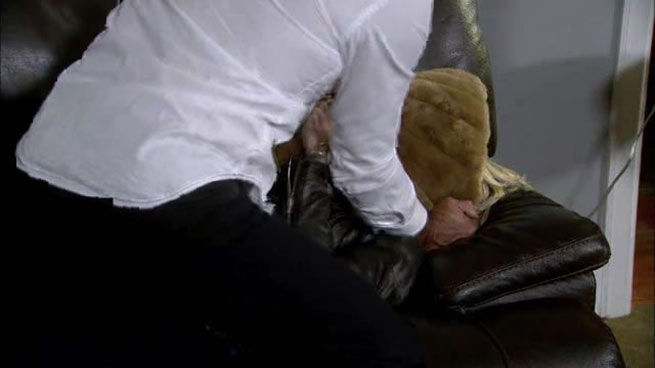 Tragedy on the island of Rhodes, where nurse killed an elderly bedridden woman took an unexpected turn on Monday afternoon when the defendant told police she had killed several elderly people she cared for and also tried to kill her baby.

On Monday morning, a 45-year-old woman called the police to report that she had killed a 75-year-old bedridden woman she cared for in the village of Kalitis.

When the police arrived at the scene, the offender was already waiting for them at the entrance and asked to be detained. She reportedly told police that she suffocated the victim with a pillow.

“She kept me awake and I strangled her,” the nurse told police, according to local media. rodiaki.gr . During interrogation at the police station, the woman claimed that she had previously killed the elderly for whom she worked.

According to the local daily newspaper dimokratiki.gr the woman said that she previously killed an elderly man with diabetes by giving him sugar and honey, another elderly man she killed by giving him large amounts of drugs, and a third victim using a pillow, as she did on Monday morning with the victim in Kalithies .

She also told the stunned police officers that she tried to kill her child when he was an infant by strangling him with a belt, but failed.

Rhodes police officers treated the woman’s confession with particular care, since the 45-year-old woman suffers from a mental illness and was hospitalized in a state psychiatric institution in the past.

The Rhodes prosecutor, who will take evidence on Tuesday, is expected to decide how the investigation will proceed to confirm whether the 45-year-old woman is telling the truth about what she allegedly gave.

Monday’s victim was a 75-year-old bedridden woman with a range of health issues as well as serious psychological issues.

During the past month, a nurse from the village of Archagelos has been caring for the victim. She also worked in other homes in the area, taking care of the elderly.

PS It is not clear where people who hire caregivers with mental illness look? And where are the competent services looking, which released the mentally ill to the people. However, the authorities are only interested in this when a tragedy occurs.