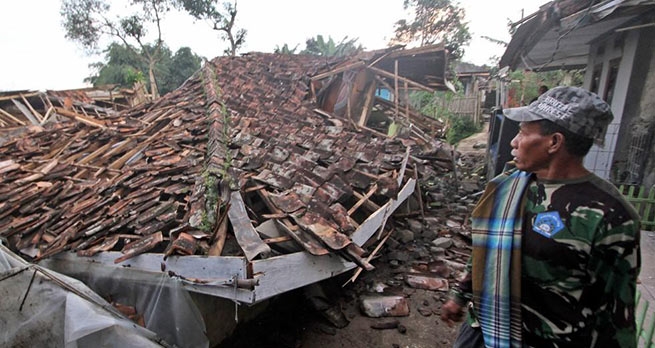 The earthquake in Indonesia killed 162 people and injured hundreds. Most of the dead are children.

The epicenter of the 5.6 magnitude earthquake was the city of Chianjur in the province of West Java, located 120 kilometers from Jakarta, the capital of Indonesia.

At the same time, it is known that more than 13,000 people were forced to leave their homes.

Rescuers and residents of the city of Chianjur are searching for people buried under collapsed adobe houses. Many roads were closed due to landslides around Chianjur. Dozens of damaged buildings included an Islamic boarding school, a hospital and other public facilities.

Abdul Muhari, a spokesman for the BNPB Disaster Response Agency, said the search for missing and stranded people will continue throughout the night.

West Java Governor Ridwan Kamil said that “too many buildings collapsed, and the residents were “stuck in isolated places… so we assume that the number of injured and dead will increase over time.” He also reported that “large areas were left without electricity.”

The magnitude 5.6 earthquake that rocked West Java in the late afternoon local time had its source at a depth of 10 kilometers. It also caused panic in the wider area of ​​Jakarta, where the quake was especially felt and many people were evacuated from residences and other buildings.

Unlike the Greek island of Crete, where a similar earthquake occurred today, many dwellings on the island of Javawere built without taking into account seismic activity, so such a deplorable situation.