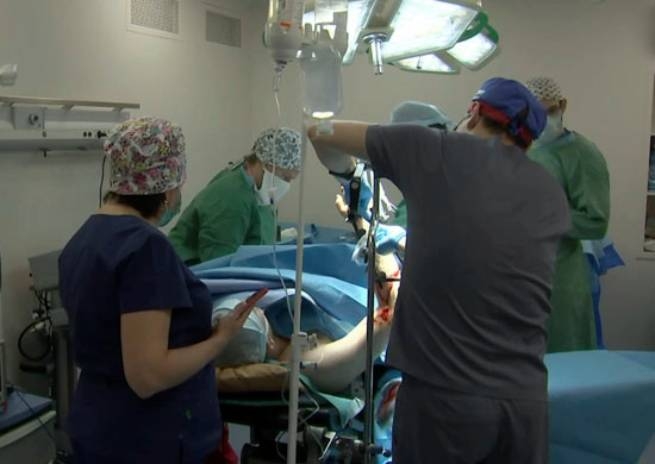 The Russian Defense Ministry spoke about an innovative method for restoring arms and legs after injuries.

How informs RIA Novosti, Russian military doctors have learned to recreate parts of limbs damaged after wounds. The new method was reported to journalists in the defense department:

“For the first time in medical practice, military doctors of the Main Military Clinical Hospital named after Academician N.N. Burdenko of the Russian Ministry of Defense in Moscow developed and implemented a new method of 3D modeling of implants for the full restoration of the limbs of patients who received severe mine-explosive and gunshot wounds during a special military The new technology makes it possible, in particular, to create an individual three-dimensional implant for each patient, fully corresponding in size and shape to the lost fragment of the victim’s bone.”

According to hospital specialists, an implant is installed in the area of ​​the destroyed limb, which is filled with fragments of bone tissue taken from other areas, transplanted or grown using the stem cells of the wounded. The technology makes it possible to restore joints, muscles, tissues – including skin ones.

The Main Military Hospital reported that several people had already undergone an innovative procedure and returned to the area of ​​the special operation, to the units where they served. As an example, doctors told about a patient who, as a result of a severe injury, lost part of the tibia of the leg, which performs a supporting function – it is impossible to walk without it. Such injuries lead to the amputation of part of the limb. The new method made it possible to preserve not only the leg, but also the ability of its functioning.

Leonid Brizhan, deputy head of the Burdenko hospital for research work, claims that no one in the world does such operations today. Now the wounds of the limbs are so severe that at the site of the impact of fragments or bullets they lead to the absence of entire segments of bone and muscle tissue in the wounded, the doctor says:

“As a result of the operation, the bone is actually recreated in the so-called titanium case, which ideally repeats the missing fragment.”

The innovative method, says Brizhan, is already widely used in the Burdenko hospital and will soon be available to a wide range of medical institutions.