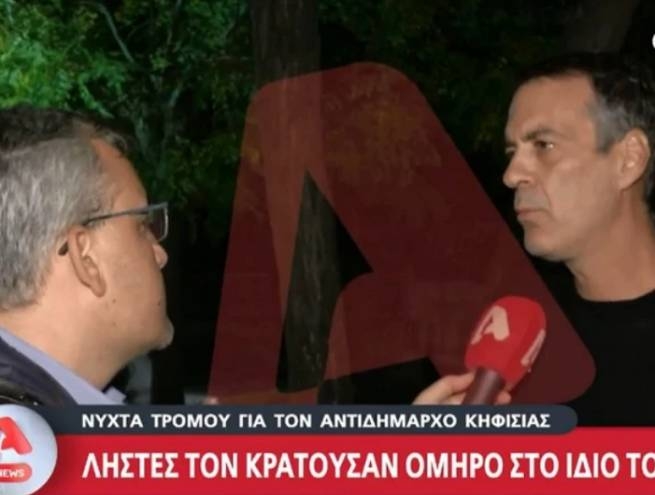 Four robbers broke into the house of the deputy mayor of Kifissia, Yiannis Panteleiakis, and, breaking the bedroom door, immobilized him.

After locking the owner of the house, his two brothers and the housekeeper in one of the rooms, and even offering them water, they set about searching for the safe. “They immobilize me and ask me to do whatever they tell me,” says the vice-mayor. The hostages spent more than an hour in this room while four hooded robbers ransacked the house:

“They snatch the computer out of my hands, immobilize and ask me to do what they tell me to obey and do nothing. They spoke Greek very well, but it seemed that they were of foreign origin, because their speech was a little broken.”

According to Pantelakis, writes newsbeast.gr, the robbers were quiet, calm and even offered them water to drink. Everything happened within an hour:

“Finally they found the safe themselves because we didn’t tell them where it was. And as soon as they found it, they called one of us to open it. On the one hand, they threatened, and on the other hand, they tried to reassure.”