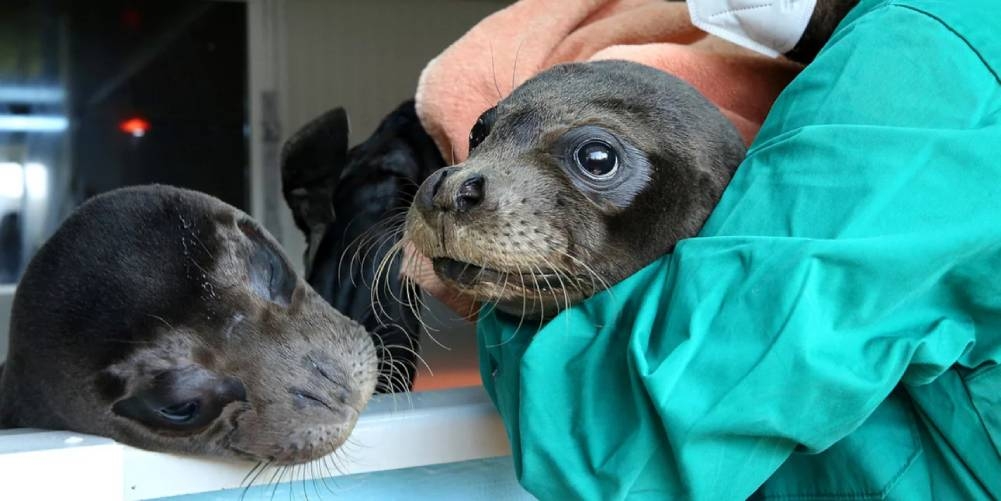 An orphaned baby seal, only 10 days old, was found in early November on a beach in Crete and sent to Athens to be cared for by specialists until he is strong enough to live on his own in his natural habitat.

The port authority, which discovered the seal after a call from citizens, immediately contacted the animal welfare organization for instructions on how to proceed. The Mom Society for the Study and Protection of the Mediterranean Seal was founded in 1988 and has been caring for orphaned or sick seals since 1990.

“We have two babies this year. Hermes was found in October at Pili in Evia, and now in November Minos arrived from Crete, from Sitia. Both animals are babies, this is the time when they should be near their mothers. However, apparently, they were swept away by a storm, separating them from their parents. In addition, they were weak and sick.

We conduct a course of treatment after consultation with a veterinarian. And we hope that after three months, which they spend here with us, we will release them into their natural habitat again, as we do every time,” says Eleni Tunda, a biologist.

The seal, which has been named Minas since it was discovered in Sitia, is kept in a designated area in the pool, where it is monitored by a veterinarian. Your baby is cared for daily by Mom specialists. Weighing, bathing, a gradual transition from fish paste to training to learn how to eat fish and swim are part of the daily routine of the seal, which is in the company of Hermes, also an orphaned seal, spotted by passers-by in October this month on the island of Evia.

As Ms Tunda explains, “Because seals are still at an age when they need to be breastfed by their mothers, we feed them fish paste with the necessary vitamins until they are old enough to eat fish. And only after they reach the optimal weight, about 60 kg, and they have learned to catch and fish, we release them into the sea.”

Seals are wild mammals and when they approach beaches or harbors, it is essential to their own well-being and survival that people avoid contact with them. If seals are found, citizens are advised to move away, not to look for contacts and, of course, not to feed them. If they think an animal may have a problem, it is advised to call the Port Authority or Mom immediately.