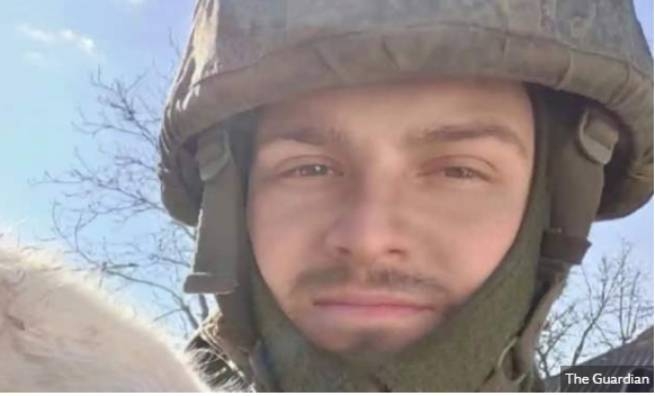 A soldier of the Russian armed forces, from a brigade stationed in the Ukrainian Bucha, is seeking asylum in Spain and is determined to testify in an international court.

The British newspaper writes about his fate Guardian. As 27-year-old Nikita Chibrin said in a telephone conversation with the correspondent of the publication, he was in Ukraine for more than four months as part of the 64th separate guards motorized rifle brigade. It is his unit that is accused of committing war crimes near Kyiv.

The man got into the war at the very beginning, later he managed to escape and is now in Spain, writes air force. He stated that he was not involved in war crimes and assured that during his entire stay in Ukraine he had not fired a single shot. According to Chibrin, he is ready to testify in an international court about everything he has witnessed in Ukraine:

“I have nothing to hide. This is a criminal war that Russia has unleashed. I want to do everything in my power to stop it.”

He said that he decided to flee the Russian Federation after he deserted in June. According to him, he announced to his commanders that he was against the war on the very first day of the invasion, February 24th. After stating his position aloud, he was withdrawn from the unit where he served as a mechanic and sent to physical work. He says:

“They threatened me with prison. In the end, my commanders decided to use me as a cleaner and loader. I was sent to the rear.”

Nikita Chibrin from Yakutsk. He joined the army in the summer of 2021 due to financial difficulties. He did not even imagine that he would have to participate in any war. But on the very first day of the Russian invasion of Ukraine, he ended up on the territory of a neighboring state, having entered there through Belarus. He says that no one told them where and why they were being taken.

Chibrin’s unit was located in the village of Lipovka, 45 km from Kyiv, not far from Bucha and Andreevka. Ukraine blames the 64th brigade in which he served for the atrocities committed in those settlements. After the crimes in Bucha became known to the whole world, this brigade was given the title of guards.

According to the ex-soldier, although he personally did not see the executions of civilians at the time when he was in Lipovka, there were constant talks about murders and rapes, and the looting of Ukrainian houses was a completely routine matter: “They stole everything they could: washing machines, electronics, everything.”

He added that among his comrades “rumors spread” about the involvement of members of his unit in the sexual violence and killings of civilians. The UN has previously said that Russia used rape and sexual violence as part of its “military strategy” in Ukraine. In March, Russian troops were forced to retreat from the outskirts of the Ukrainian capital. Chibrin said his unit was sent to Bugaevka, a city in the northeast of the Kharkiv region.

Chibrin says that he managed to escape on June 16 – he hid in a truck that went to Russia to replenish food supplies. There, some time later, he turned to human rights activists who helped him leave the country. Vladimir Osechkin, founder of the human rights organization Gulagu.net, in an interview with the Guardian confirmed that he really helped Chibrin to leave Russia.

The publication writes that Chibrin flew to Madrid this Tuesday. On Thursday evening, he was released from the immigration detention center and placed in temporary housing while his asylum application is being processed. The newspaper notes that it does not have independent confirmation of the story told by the servicemen, but he provided documents and photographs indicating that he was part of the 64th motorized rifle brigade in Ukraine.

Chibrin said he hoped to receive political asylum in Spain, citing his public opposition to the war as a health risk if sent back to Russia.

Chibrin is the second known Russian serviceman who fled the country after being in the war in Ukraine, writes BB.LV. This summer, former Russian paratrooper Pavel Filatiev, who also took part in the invasion, left Russia and published the book “ZOV”, in which he told what happened to him in the war.