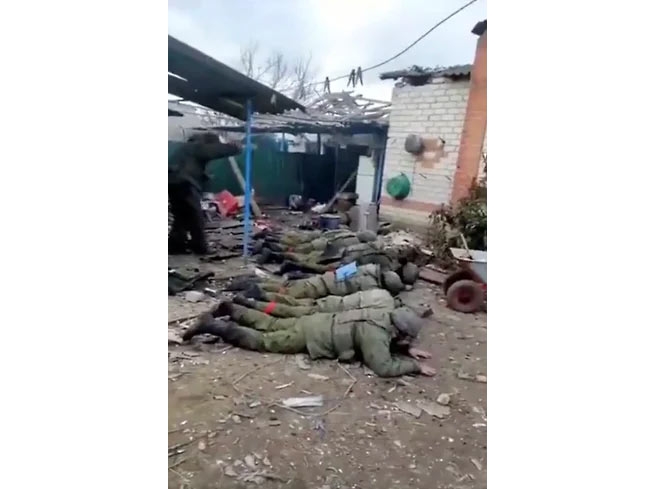 Her words are quoted in site departments.

Commentary of the official representative of the Russian Foreign Ministry M.V. Zakharova in connection with the execution of Russian prisoners by the Ukrainian military:

We have repeatedly drawn the attention of the international community to the cruel and inhuman treatment of the Ukrainian side towards the detained Russian servicemen. On the videos regularly distributed by the militants of the Armed Forces of Ukraine themselves, they depicted murders, torture, abuse, beatings, etc., committed by them. <...>

All these numerous evidences of crimes were ignored by the “collective West”, which actively supports Kyiv in everything. Such approval from American and European curators makes them complicit in what the Ukrainian neo-Nazis they cherish are doing.

And we are talking not only about the fighters of “Azov” and other radical organizations, but about the military personnel of the armed forces of Ukraine, carrying out the official orders of their commanders. Their adherence to the neo-Nazi ideology and the implementation of its principles in practice convincingly prove the criminal essence of the regime existing in Ukraine.

⚠️ We demand that international organizations condemn this egregious crime and conduct a thorough investigation of it. Every atrocity committed by Ukrainian armed groups will not go unpunished. All those guilty and involved in the crimes will be identified and will suffer a well-deserved punishment. No one will escape retribution.”

OHCHR reported that it was already examining videos of murdered Russian prisoners of war.

The Russian Ministry of Defense stated that more than 10 immobilized Russian soldiers were killed by the Ukrainian Armed Forces on purpose. The Investigative Committee of Russia opened a case under paragraphs “a”, “b” and “g” part 2 of Art. 105 (murder of two or more persons committed by a group of persons in connection with their official activities), as well as Part 1 of Art. 356 of the Criminal Code of the Russian Federation (cruel treatment of prisoners of war, the use of prohibited means and methods in an armed conflict).