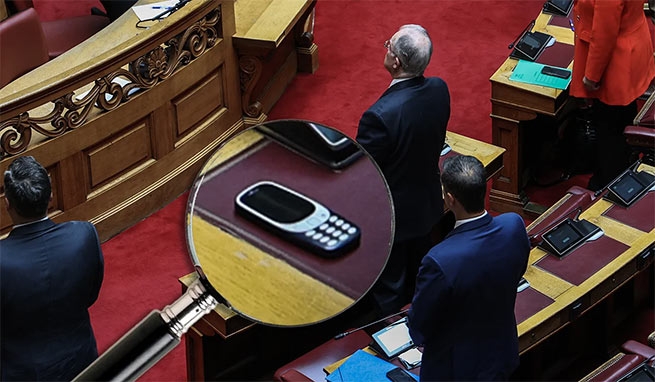 The situation of total surveillance in Greece among Greek politicians, journalists and leading businessmen and their families has reached an unprecedented level.

The speech of the Speaker of the Parliament Konstantin Tasulas at the plenary session on Friday, when the “good old” NOKIA 3310 was lying next to him, indirectly confirmed the scale of the wiretapping scandal even among top government officials.

No internet or anything, and since it’s not a smartphone, the possibility of snooping is kept to a minimum.

This is the historical NOKIA 3310 from 2000 which is more or less similar and it also has the famous snake game for those hard times.

According to data published by a Greek journalist Kostas Vaksevanis, at least 15,000 people are being wiretapped using the illegal Predator software. Among them are journalists, politicians, entrepreneurs, ministers of the current government, their deputies, their wives and relatives, and … associates of Kiryakos Mitsotakis in the party.