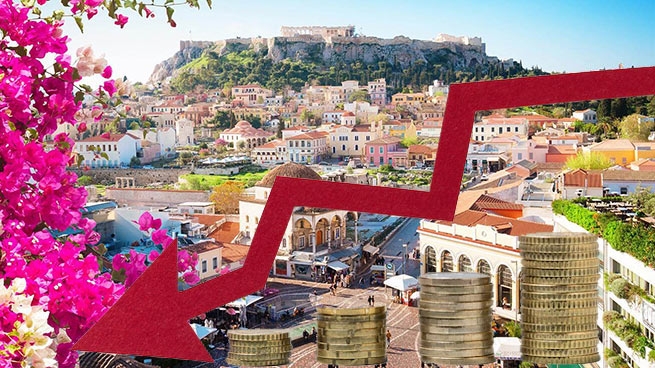 In the coming months, home sales price growth is projected to slow down due to higher interest rates, but mainly due to lower household purchasing power.

According to Mr. Theodoros Mitrakosformer deputy manager Bank of Greece, “For the period 2022-2024, the loss of disposable income of citizens is estimated at 20%. Of this percentage, a portion will be offset by an increase in wages over the same period. But this will not be enough to fully cover the losses. Therefore, we should expect a reduction in domestic demand in the housing market, which will negatively affect prices, but not to such an extent as to lead to their decline.”

From 2017 to date, the recovery in house prices has been such that they are now only 15-20% behind their 2007 peak, he said. The greatest increase is observed in large urban centers and new buildings. For example, in the first half of this year, prices in Athens grew at an annual rate of 10.8%, while in the whole country the increase was 9.4%. “It is also clear that there can be no question of a bubble in the real estate market, since Greece is at the historical average in relation to the ratio of property value to household disposable income. At the same time, in 2/3 of European countries, the relative indicator exceeds its long-term average,” said Mr. Mitrakos.

In fact, in addition to the loss of income and higher interest rates, the “pressure” on home prices is also likely due to the influx of tens of thousands of properties into the market as a result of the bad loan restructuring process. According to Ms. Leela Pateraki, head of real estate at doValue, the receivables management company is expected to list approximately 62,500 properties for sale over the next five years. “We estimate that of the 250,000 properties we hold as collateral in our loan portfolio, approximately 20% to 25% will go for sale as in most cases the loan will be restructured,” Ms Pateraki said.

Real estate sector executives such as Mr. Erricos Arones, Managing Director of Hellenic Properties, are also voicing concern. “The environment is now full of problems due to the increase in construction costs, high interest rates, high inflation, as well as the situation of political and military tensions prevailing in Europe. But the fact that quality real estate is in short supply, and prices are still not exorbitant, although they have increased over the past three years, is good.”