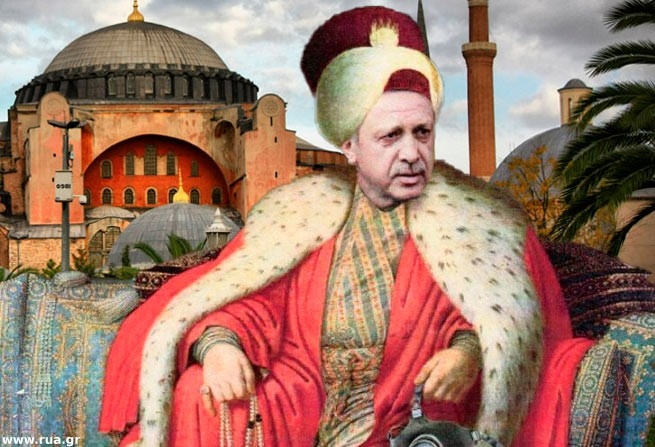 Erdogan threatened Greece once again on Wednesday, reiterating his intention to invade the country: “We may suddenly arrive one night.” He went on to say that “Greece must know its place” and “remember history”.

Turkish President Recep Tayyip Erdogan continues to troll Greece by maintaining a reputation as a tough politician in his electorate: “Again, I say this against the behavior of Greece, which causes such tension. We may arrive suddenly one night. In Greece, there are officials who do not know the limits of their capabilities. We tell them to know the diplomacy of the neighboring country. Don’t mess with Turkey. They can fill the islands with any number of weapons. None will benefit you. Here is Turkey. Greece must know its place. They need to remember history,” Erdogan said at the G-20 summit in Indonesia.

Erdogan’s threats came a day after his nationalist government partner Devlet Bahceli said that if Greece expanded its territorial waters, it would be a “call for war.”

For the past six months, Turkey has used a constant aggressive rhetoric against Greece, full of threats and false claims. Many experts believe that, given the difficult economic situation in Turkey, Erdogan is thus trying to rally the people of the country, shifting arrows from internal problems to external ones.