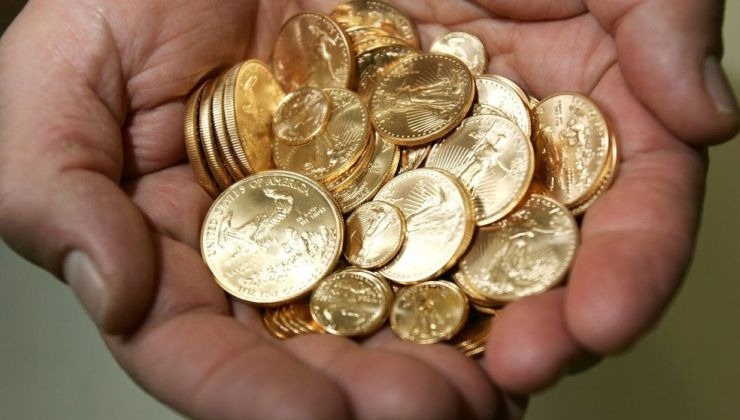 The 68-year-old sister-in-law of a 76-year-old businessman, accused of embezzlement on an especially large scale, was in the dock.

With the testimony of the lady, the trial of the theft of 4,600 pounds from an elderly businessman in the city of Trikala began, the cost of which reaches … 2 million euros. The golden guineas (British pounds sterling), as it turned out in court, were obtained as a result of the entrepreneurial activity of a man before 1973. “Capital” was safely hidden in a barrel in a warehouse with firewood. And from 1987 until March 8, 2011, the money was gradually withdrawn and as a result disappeared without a trace.

The family case has been pending for more than 11 years, and now the two sides are opposing each other in court, Eleftheria reports. The reason for the breakdown of once good family relations was an oil container with 4,600 gold coins, which the businessman hid under tons of firewood in his parents’ house. According to the elderly man, “they were lying in such an inaccessible place that I was sure of their complete safety.” The plaintiff alleges that the sister-in-law stole the money. The victim of the theft stressed that “we could not imagine that this was done by a person close and dear to our family.”

As part of yesterday’s hearing, several witnesses testified, including a priest from Trikala, who, among other things, noted that the woman handed him 42,000 euros in cash and 50 pounds sterling because “she had nowhere to store them.” According to the businessman, the pounds sterling found in the priest’s possession were stolen, as well as the amounts of money in the accounts of third parties.