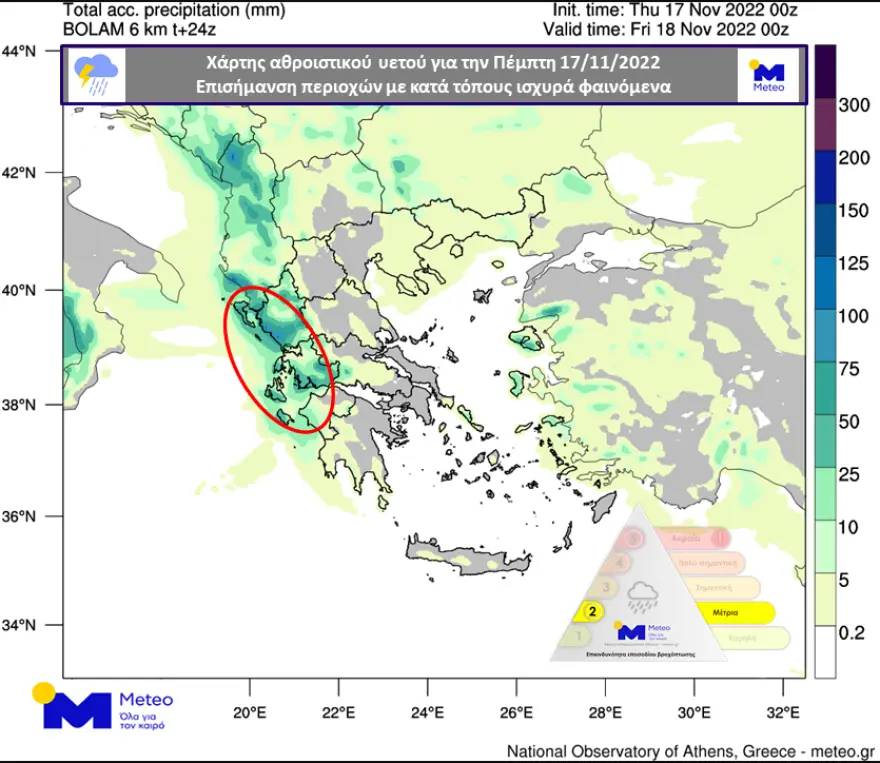 In just a few hours, the first “wave” of bad weather is expected in the country, which will mainly affect the western continental regions.

A weather front formed in the Adriatic will reach Greece today and cause heavy rains and storms in the country. In particular, showers are expected mainly in its northern part, and on the islands of the eastern Aegean Sea, bad weather will take residents by surprise.

Weather disasters in the Ionian Sea, Epirus, the western part of continental Greece, as well as at night in the western Peloponnese, will peak in places. Showers, thunderstorms and strong winds are expected. According to the classification, the precipitation index (RPI) used by the meteorological service of the National Observatory of Athens will be characterized as moderate (category 2). Where bad weather will “hit” in the next few hours.

Bad weather is expected to sweep Attica from Sunday evening to early next Monday morning. On Friday 18/11 cloudy, rain with heavy winds is forecast for western Greece, the Ionian region, Thrace, and the islands of the eastern and southern Aegean.

In the rest of the country, a slight cloudiness is expected in the morning, temporarily intensifying, with local rains in the central continental regions. Visibility in the evening and morning hours will be limited in places, fog will be observed in the western, central and northern continental parts. Atmospheric conditions favor the transfer African dustmainly in the southern regions of the country.

In Attica partly cloudy, air temperature will fluctuate from +16 to +23°C. The wind of the southwest direction is weak, gradually moderate, 4-5 points on the Beaufort scale.

In Thessaloniki partly cloudy, air temperature from +13 to +20°C. The wind in Thermaikos Gulf is changeable, 4 points on the Beaufort scale.