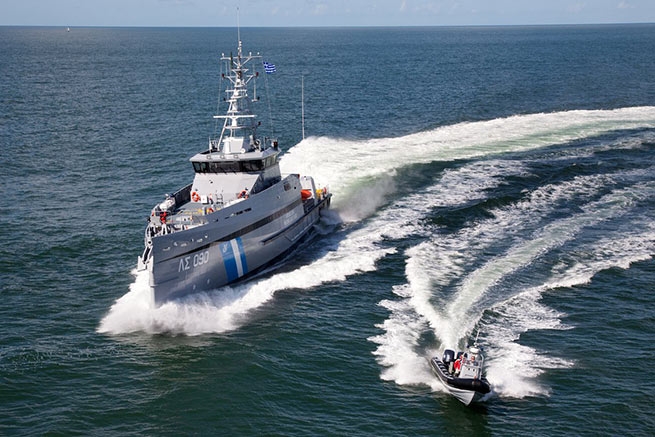 The pursuit of a Turkish smuggler transporting illegal immigrants to Kos by a coast guard vessel ended in shooting to kill.

A motorized inflatable boat driven by a smuggler was spotted on Wednesday morning by a patrol boat from the Port Authority of Kalymnos, minutes after the landing of illegal immigrants in the Skandari area of ​​Kos. The landing was spotted by soldiers at an observation post and immediately notified the Coast Guard.

Although the port police boat notified the intruder with light and sound signals, the smuggler did not stop, but, on the contrary, rapidly accelerated to leave for the Turkish side. According to the Coast Guard, “a pursuit ensued, during which the intruder made dangerous maneuvers, as a result of which warning shots were fired.”

“Subsequently, aimed shots were fired at the outboard engine of the above boat, which was immobilized, and its 32-year-old foreign operator was arrested as a trafficker *,” the Coast Guard said in a statement.

This was followed by investigations in a wider area and, finally, the identities of four illegal immigrants were established, only two of whom were arrested because the other two were minors. The Port Authority of Kos is conducting a preliminary investigation into the incident. It is worth noting that the islands of Kos and Kalymnos are literally next to the coast of Turkey, so they are often used by smugglers to deliver illegal immigrants to Greece.

*Note: in Greece, the transportation of illegal immigrants is under the article of the criminal code as human trafficking and is punished by huge prison terms.