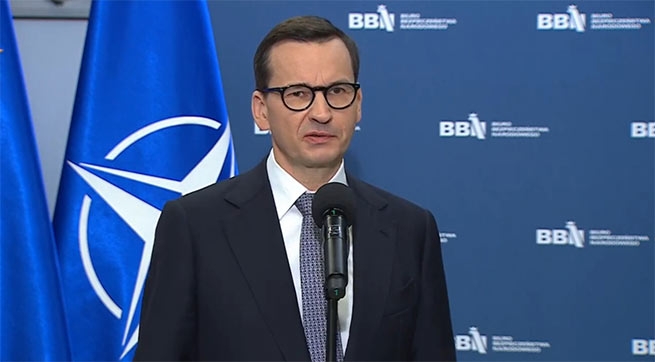 The missile that hit Poland, which killed two people, was likely a Ukrainian air defense missile, and there is no evidence that the incident was a deliberate Russian attack, Polish President Andrzej Duda said on Wednesday. reuters.

The incident that almost led the planet to world war and already dubbed the “New Caribbean Crisis” ended after Biden’s statement that the missiles were not Russian.

NATO ambassadors held emergency talks last night to respond to Tuesday’s explosion that killed two people at a grain plant in Poland, close to the border with Ukraine, in the first deadly extension of the war into Western military alliance territory.

President #JoeBiden says it is “unlikely” that #Russia fired the missile that killed two people in #Poland. He does, however, promise to back Poland’s probe into what it claims to be a #missile Made in Russia.https://t.co/h8XvIWZUmv

The situation was resolved by Biden’s statement, the missiles were Ukrainian… Time will tell how Poland will react to this now.