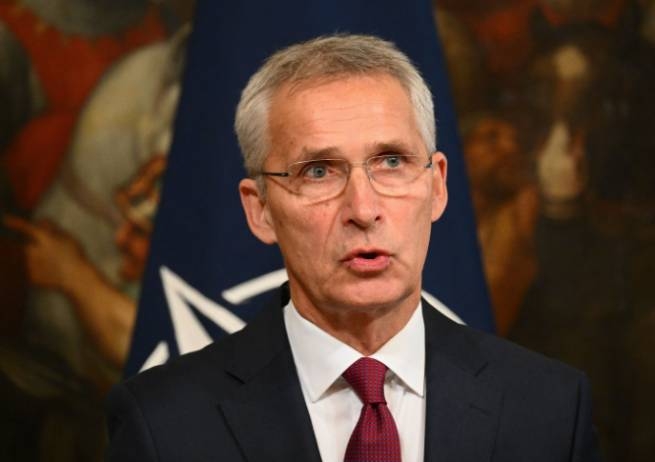 NATO Secretary General Jens Stoltenberg will hold an emergency meeting of the alliance’s ambassadors on Wednesday morning to discuss the “tragic incident”. NATO aircraft tracked the missile that fell on Polish territory, but does not report its ownership.

alliance ambassadors meeting told CNN NATO spokesman Oana Lungescu, will be held today at the request of Poland, on the basis of Art. 4 of the Charter of the organization. According to this article of the constituent agreement, members can raise any issue of concern, especially related to the security of a member country.

According to the message Reuters, which refers to two European diplomats, world leaders are preparing to meet to discuss the deadly explosion that took place in eastern Poland, near the border with Ukraine. Polish media reported that the shells hit a farm on the territory of a NATO member near the border with Ukraine, around the same time that Russia launched its biggest strike in a month on Ukrainian cities.

military representative of the alliance writes CNN reported that a NATO plane flying over Polish airspace tracked a missile that fell into the country:

“Information with radar traces (missiles) was provided to NATO and Poland.”

It should be noted that the aircraft of the alliance have been conducting regular surveillance of Ukraine since the beginning of the Russian invasion. The plane flying over Poland on Tuesday was one of them. The NATO spokesman did not say who launched the missile or where it was fired from.

The United States and its NATO allies are investigating an explosion that killed two people in Poland, but early information suggests it may not have been caused by a missile fired from Russian territory, Reuters writes. declared US President Joe Biden. He spoke after world leaders gathered for a G20 meeting in Bali, Indonesia, held an emergency meeting on Wednesday in the wake of the deadly Pszewodov bombing. Asked if it was too early to say that any missile had been fired from Russia, Biden replied that the flight path indicated otherwise:

“There is preliminary information that this is disputed. I don’t want to say this until we fully investigate this, but it’s unlikely… that this was made from Russia, but we’ll see.”

He added that the US and NATO countries would conduct a full investigation before acting. The statement left a number of questions open, including whether Biden meant that Russia was not to blame for the explosion at all. The White House did not immediately elaborate on the comment. Biden, however, condemned Russia for ramping up rocket attacks on Ukrainian soil, calling the recent strikes and civilian casualties “completely shameless.”

A rocket landed in Polish Przevoduv at the very time when Ukraine was subjected to the biggest attack from Russia for this autumn. But the first message did not even contain suspicions about a possible connection with this attack: at 17:53 local time Radio Lublin reported that at 15:40 in the village of Przewoduv, a tractor with a load suddenly exploded on the reloading scales of a granary, resulting in the death of two people. However, already at 18:54 the Polish Radio Z reported that two rockets fell near the Ukrainian border: they hit grain dryers. Two people died, representatives of the police, prosecutors and troops arrived at the scene.

Later, the regional news site lublin112.pl reported that the rocket exploded right next to the tractor trailer and left a large crater at the site of the explosion. The two dead are employees of the granary. A few tens of meters from the granary are residential areas. Pshevoduv is located about 7 kilometers from the border with Ukraine. The nearest Ukrainian settlement is Belz. Locals, according to Lublin journalists, assume that the rocket originally flew there. Residents of Przewoduv said that at first they heard a loud whistle, then there was an explosion. There were no identifying marks on the wreckage of the rockets.

Prime Minister of Poland Mateusz Morawiecki, after consultations with President Andrzej Duda, convened The Committee of the Council of Ministers on National Security and Defense, and government spokesman Petr Müller asked journalists not to publish unverified information, promising to give an official comment after the meeting. The whole evening, while the meeting was going on, the Polish media did not give any versions, in connection with the request of Piotr Müller. Only the words of Pentagon spokesman Patrick Ryder were circulated that the department could not yet confirm the fact of the explosion of Russian missiles on the territory of the Lublin Voivodeship.

The caution of the Polish authorities is understandable: in the comments on reports of explosions, readers spoke very harshly: “Now the lovers of Ukraine will drag us into the war too?”, “Where was our air defense?”, “We are being drawn into the war!”, “Provocation, but , maybe not Russian?”, “And who even knows whose missiles they are?”. It is clear that the Polish government was afraid of the public reaction. They did not say anything concrete after the meeting. Government spokesman Piotr Muller and head of the National Security Bureau Jacek Severa approached journalists at 22:45, still did not confirm the ownership of the missiles, but promised to inform journalists as information becomes available.

But much more important things were said: Poland, according to Muller, is increasing its combat readiness. And Severa added that Poland is starting consultations with NATO allies in accordance with Article 4 of the North Atlantic Treaty. This article states that “the contracting parties shall always consult with each other in the event that, in the opinion of any of them, the territorial integrity, political independence or security of any of the contracting parties is endangered.” And this is the last step on the way to Article 5, which recognizes an attack on any of the participating countries as an attack on the entire NATO bloc. In principle, the explosion of Russian missiles on Polish territory can no longer be officially confirmed. The articles of the North Atlantic Treaty say more.

Polish Prime Minister Mateusz Morawiecki, after a special government meeting in connection with the explosions near the border with Ukraine, announced that Warsaw had put emergency services on high alert and invited international experts to investigate, writes Onet.

Meanwhile, as reported by the same Associated Press after speaking with three US officials, it is possible that the missile that landed in Poland and killed two people could have been a Ukrainian air defense missile. The sources agreed to comment only on condition of anonymity and said preliminary estimates allegedly indicate that this is a missile that Ukrainian air defense fired to shoot down a Russian one. However, this information contradicts another anonymous comment from the United States that Russian missiles crossed the Polish border on Tuesday November 15…