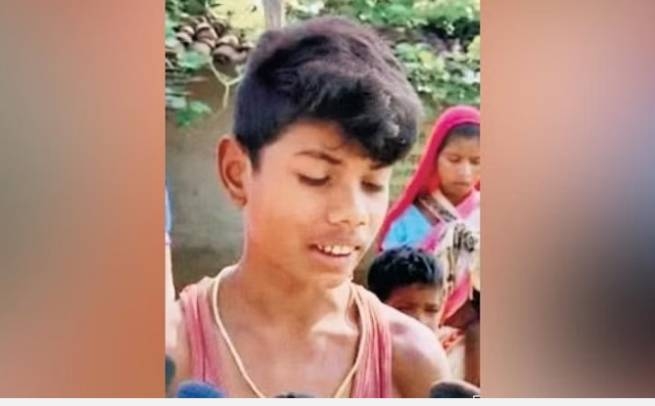 There is no mistake in the title, it is rather a quirk of nature: in the confrontation between an 8-year-old boy and a cobra, a child won, having twice bitten a poisonous reptile.

At the same time, the snake bit first, but, fortunately, it turned out to be the so-called “dry bite”, that is, not containing poison. As tells The New Indian Express, eight-year-old Deepak played outside his home in Pandarpadh, a village in the Jashpur district of Chhattisgarh. Suddenly, a cobra coiled around his arm. The snake bit the boy, and he experienced “great pain”. He tried to shake the cobra off his hand, but in vain. He later said:

“Because the reptile didn’t budge when I tried to shake it off, I bit it hard twice. Everything happened in the blink of an eye.”

Deepak’s family rushed him to the nearest hospital for an antidote, but doctors say the bite probably didn’t contain poison. livescience, although the snake, apparently, was poisonous. The child is under medical supervision. The snake expert noted:

“Deepak had no symptoms and recovered quickly due to a dry bite where a venomous snake strikes but no venom is released.”

Dry bites are caused by venomous snakes when they try to scare away, not kill. The area where the incident occurred is known for snake activity. More than 85% of deaths on the planet from snake bites (data for 2019) occurred in India.

According to the Indian Wildlife Organization wildlife SOS, India is home to about 100 species of venomous or mildly venomous snakes. It also has the highest number of deaths from venomous snake bites in the world, with about 46,000 deaths each year, according to the study. Luckily for Deepak, his encounter with the cobra ended happily, which can’t be said for the reptile.

Earlier, our publication told how a 7-meter python in Indonesia completely swallowed 54 year old woman. Nathan Rusli, director of the Indonesian Herpetofauna Foundation and snake specialist, said it was most likely a reticulated python. This species of reptile is the only one found in Jambi Province and is large enough to eat an adult human. Non-venomous pythons generally prefer not to attack humans, instead feeding on small animals that are protected with a non-venomous bite before the prey suffocates from being squeezed. But sometimes, unfortunately, people become their prey.