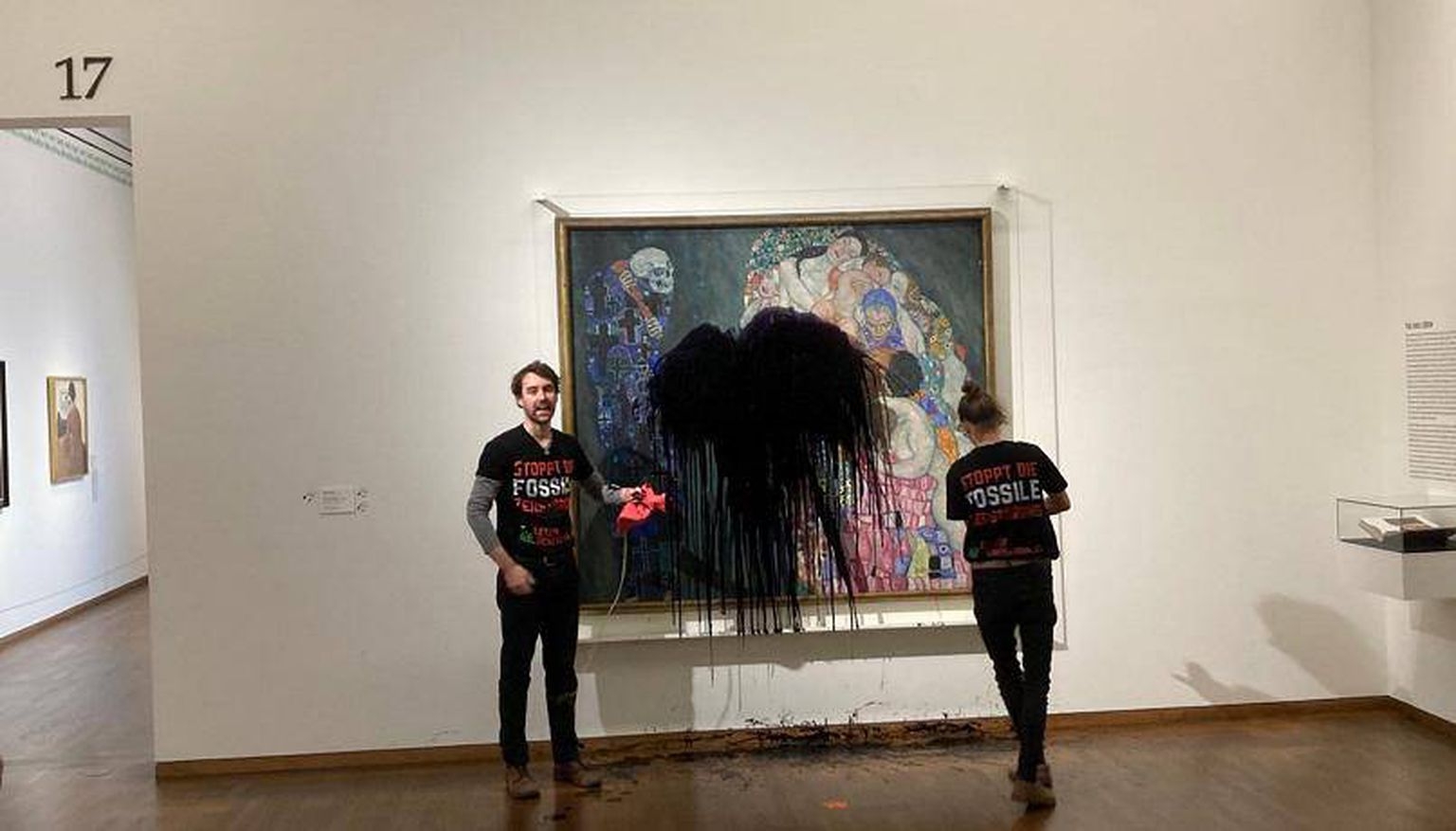 Environmental activists from the organization “The Last Generation” doused Gustav Klimt’s painting “Death and Life” with black liquid in the Leopold Museum in Vienna. Restorers are working to determine if the protective glass panel has been damaged.

Another victim of eco-activists for the destruction of paintings by famous masters was the painting by Gustav Klimt “Death and Life” in the Leopold Museum in Vienna. The group Letzte Generation, which includes German and Austrian environmental activists, claimed responsibility for the action on Twitter by uploading the images.

In addition to the canvas, the frame, floor and wall of the museum suffered. “Stop the destruction of mankind by fossil fuel energy. We are moving at full speed towards a climate hell,” they shouted. “The beauty of life on the one hand, the expectation of death on the other. This is how Gustav Klimt wrote Death and Life more than a hundred years ago. Today we are sliding into a catastrophe of unimaginable proportions, because we refuse to recognize a mortal threat, “the activists said. One of them stuck to the painting. The group said that the paint used was non-toxic and easy to remove. The museum said that the canvas was not damaged, it was under protective glass, and urged to stop such actions.

In July, they glued themselves to Leonardo da Vinci’s “Last Supper” in London and Botticelli’s “Spring” in Florence. In October, environmental activists poured tomato soup over one of Vincent van Gogh’s most famous paintings, “Sunflowers”, which is kept in the London National Gallery, and “fed” soup “Girl with a Pearl Earring” in The Hague, and on November 5 in Amsterdam, a hundred protesting environmental activists broke into airport runway, blocking the departure of private jets, writes De Telegraaf. Also in Madrid, two eco-activists painted a wall and glued themselves to paintings by the artist Francisco Goya, as reported on the social networks of the Futuro Vegetal movement.

These organizations operate under different names – for example, “Just Stop Oil” in the UK, “Ultima Generazione” in Italy, “Letzte Generation” in Germany. Together – ohconnection “A22 Network” with a semi-Masonic-looking logo. Branches around the world: from New Zealand to Europe and Canada.

Manifesto “A22” – in the spirit of the futurists, who dreamed, as you know, at the beginning of the 20th century, to throw off everything superfluous from the “steamer of modernity”: “We are the last generation of the old world. We are here to create a new world, so the decision is ours.”

These comrades are sponsored by the Climate Emergency Fund, founded in 2019. He, in turn, is supported by several oil heirs. For example, more than a million dollars donated philanthropist Eileen Getty, granddaughter of the founder of the Getty Oil Company. She admits that she approves of actions in museums: “Do not poke me with the dark past of my family. I am fighting for the future on our planet.”