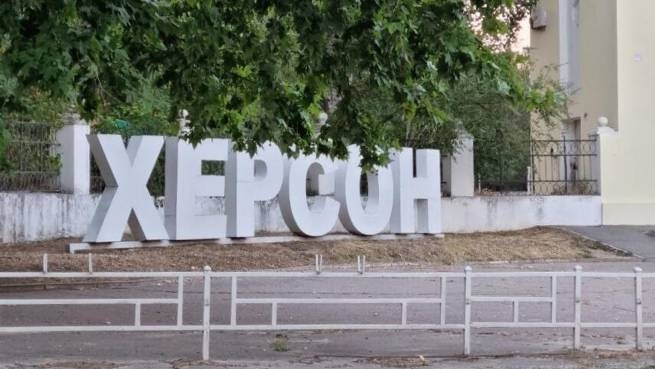 CNN, SkyNews and a number of other media were stripped of their accreditation for reporting from Kherson, which was celebrating the liberation.

Sources of Detector Media, a Ukrainian public organization that covers the activities of the mass media in Ukraine, report that a permit for professional activity canceled, at least six journalists of film crews. Among them are CNN and SkyNews. The information was confirmed in General Staff of the Armed Forces of Ukraineon whose official Facebook page on Sunday a message appeared:

Recently, some media representatives, ignoring the existing prohibitions and warnings, without the consent of the relevant commanders and public relations services of military units, carried out information activities in the city of Kherson even before the completion of stabilization measures. Such actions are a gross violation of the requirements of the order of the Commander-in-Chief of the Armed Forces of Ukraine No. 73 dated 03.03.2022, as well as the relevant orders of the military command.

At the same time, the General Staff did not name specific media whose journalists were deprived of accreditation, but, in particular, they are talking about journalists from the American CNN channel and the British Sky News. The correspondent of the first went live from the central square of Kherson, where local residents gathered, celebrating the retreat of Russian troops. A similar report was made by Sky News correspondents. In addition to these publications, film crews of the Ukrainian Suspіlny and Hromadske also worked in Kherson, there was an inclusion from Kherson on the air of the Rada channel.

The intention to deprive CNN and SkyNews journalists of their accreditation was announced by Natalya Gumenyuk, press secretary of OK Yug, in an interview with Detector Media:

“The ban exists for everyone – it was announced on the page of OK” Yug “, it was officially reported. So far, the work of the media in Kherson is not expected due to the danger. The command decided so … I now have information about the deprivation of accreditation of film crews Sky News and CNN. There is also information about the Italian edition, which was also there, but I’m waiting for more information.”

Why were media representatives not allowed into Kherson? According to Natalia Gumenyuk, there are many risks and dangers for media workers in the de-occupied city now. One of them is mined apartments: “They all frankly declare that they are not going for one day, they will rent apartments, they will stay further. And there the apartments are mined.” She also spoke about the situation that Associated Press journalists got into. Media workers went to the still occupied Oleksandrivka and came under fire, lost their car and equipment. As a result, the Associated Press supported the de-accreditation of its employees.

Later Ukrainian Commissioner for Human Rights Dmitry Lubinets addressed to Oleksiy Reznikov, Minister of Defense of Ukraine, with a demand to return accreditation to Ukrainian and foreign media workers who covered the events in Kherson immediately after their release. He explained that media access control in times of war is needed and is an international standard:

“However, communication with international media is not enough, the task of which is to provide up-to-date information from the scene so that the citizens of partner countries can see with their own eyes what weapons and humanitarian programs financed from taxes work for. Unacceptable in such conditions is the abolition of work permits “There is a need to reconsider this decision and approaches to the work of civil-military cooperation with the media. That is what I turned to Reznikov about.”

Western and Ukrainian media journalists addressed the President of Ukraine Volodymyr Zelensky with an open letter, publishing it on the website of the Institute of Mass Communication, demanding to return their canceled accreditations to their colleagues:

“We, Ukrainian and foreign journalists and media organizations, demand that immediate measures be taken to resolve the conflict situation caused by the inefficiency and unprofessionalism of the communication structures of the Ministry of Defense, in particular, the joint coordinating press center of the Southern Defense Forces … We demand the immediate return of accreditation to our Ukrainian and foreign colleagues who covered the events in Kherson and who, in accordance with the reports of the General Staff, were deprived (of accreditation) because of this … “.

The appeal was signed by 16 journalists and media organizations. They note:

“The whole world has seen footage of colleagues from CNN, SkyNews and other leading foreign and Ukrainian media. They showed the joy with which the people of Kherson welcome the Ukrainian army, thereby refuting the lies of Russian propaganda. Their materials are also important documents of Ukrainian history, which is happening now.”

Later source of publication “Country” in the Ministry of Defense of Ukraine said that journalists whose accreditation was canceled after covering news from the liberated Kherson would most likely be restored in the near future:

“Journalists who came to Kherson, bypassing official accreditation, did it thanks to their military acquaintances and thus bypassed all the restrictions that other media were forced to follow. They were deprived of accreditation, following the established rules, however, as far as I know, this is not for long. And the procedure for restoring accreditations has already been launched. Everyone understands their contribution to our victory.”