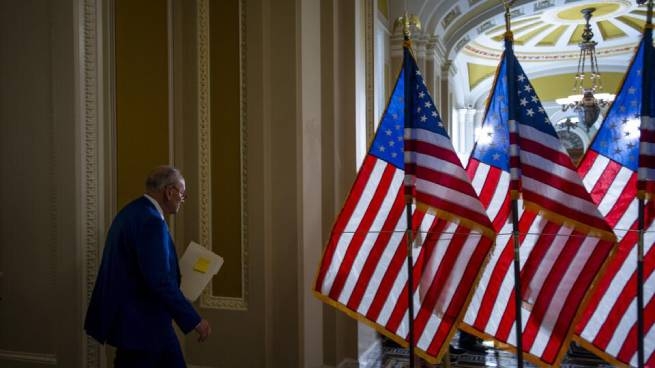 The Democratic Party will retain control of the upper house of Congress, as it became known on Sunday after the victory in Nevada of incumbent Senator Catherine Cortez-Masto.

She achieved only a marginal lead over Republican Adam Laxalt. Another, the last senatorial chair will be played in the state of Georgia on December 6, where the second round of elections will be held. Even in case of victory there is a Republican, the Democratic Party will retain control of the Senate – the decisive vote will be the vote of Vice President Kamala Harris, if the seats turn out to be 50/50.

However, the Republicans are still expected to win a slim majority in the House of Representatives. United States President Joe Biden is pleased with the results of the midterm elections: “I am satisfied and looking forward to the next couple of years.”

House Speaker Nancy Pelosi told CNN that Democrats still have a chance to keep control of the US Congress:

“We still think that we have a chance to win. I always said that it’s like the Olympics, where in half a second you can get gold, silver, bronze or the honor of being an Olympian. Let’s see where it takes us. But I think you already you see that the road to the future is much brighter than analysts and those who wanted us to abandon our principles predicted.

She added that, despite the outcome of the election, it is already clear that the expected “big Republican wave” will be, at worst, “a tiny rain.”