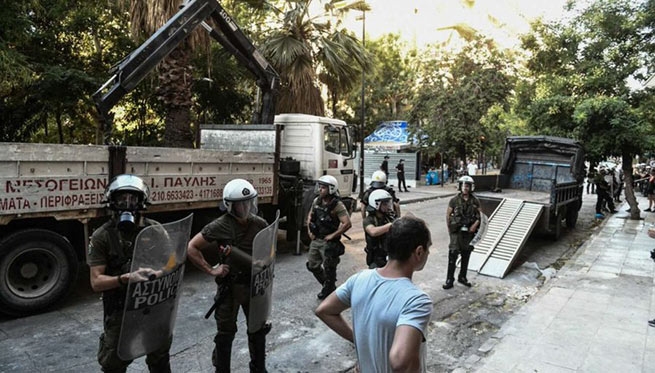 An appeal by the inhabitants of the Athens district of Exarchia to the Council of State, Greece’s highest administrative court, to “freeze” a metro station project currently underway in the district’s central square was rejected on Monday.

Representatives of the residents argued that the metro station would cause irreparable damage to the flora of the area, as well as the socio-economic life around the square. In addition, they allege that the contested decisions to build the station were made without prior approval from the residents of the area. They also contend that construction work began before the approval of the project by the relevant engineering licensing authority.

The construction work began with a heightened police presence as from the first day the residents of the area started protests. Attica Metro will continue construction work, but the State Council will make a final decision next month.

PS Our editorial office is located on the border of the Exarchia region, and the author of the publication often visits this area. In my opinion, which may differ from the opinion of some residents of the area, the construction of the metro will not cause any environmental damage. If the builders cut down a couple of stunted trees, the ecology of the area will definitely not suffer. But what the station will affect is most likely the number of drug dealers for whom this area has long become the “promised land”.