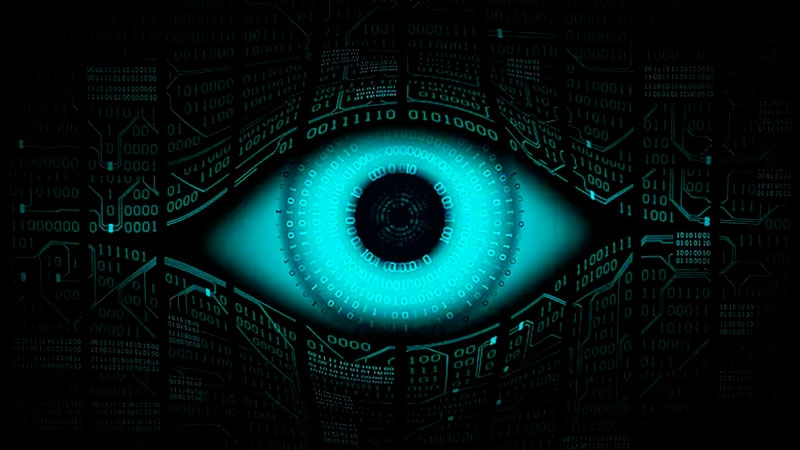 About how Predator was launched by Cyprus and a group of former Israeli intelligence officers (almost certainly active employees, we know that in these offices former does not happen), says the Greek Cypriot historian and journalist Makarios Droussiotis.

The author served in the presidential palace as an adviser to Nikos Anastasiades and recorded testimonies not only about the Predator, but also about the “weakness” of Nikos Anastasiades to “watch everyone” and then blackmail them. An ideal atmosphere for a team of “private spies” of former (?) Israeli intelligence officers.

We should also note something little known: that the commitment of the Israeli company Elbit to train pilots of the Air Force in 120 Kalamata PEs worth more than 2 billion euros is the result of precisely the “work” of this group of the Predator team. That is, you understand what money is at stake.

About the Predator program, contrary to the words of Prime Minister Mitsotakis in his interview on ANT1, this program cannot be included in the “500 surveillance programs in the market”, as he claimed. Why? Because it costs 30 million euros (that’s how much the Egyptian state bought it for). Thus, it is not a “simple purchase”. This requires funds that even the richest Greek private trader cannot afford. And why should he do this, because on the basis of the agency, some employees ΕΥΠ work part-time for Greek oligarchs, doing lavishly paid surveillance using agency equipment (in this case, the “Greek version” of Predator based at 4 Gravias Street in Agia Paraskevi) of their business interests, private competitors or government officials.

This is how the wiretapping case was leaked last August, when some ΕΥΠ employees “handed over” to a major Greek businessman (“patriarch”) that they were intercepting his telephone conversations. But we will see all this in the future.

Let’s now look at the unhealthy situation in Cyprus, described by M. Druziotis: “Gathering information about political opponents was one of the priorities of Anastasiadis. (…). intelligence service on the personal relationships of Finance Minister Michalis Sarris. Anastasiades asked for a report to force Sarris to resign when he was looking for a scapegoat for “haircutting” deposits (this is when Cyprus had foreign investors). Anastasiadis called Sarris and gave him a copy of the report (. ..) Similarly, Anastasiadis forced the resignation of the chairman of the Cyprus State Hydrocarbon Company (CRETYK), Charles Ellinas, by CYP intercepting his emails.

The revelations of M. Drusiotis, who claims that later he himself became a victim of surveillance, were not refuted by the President of Cyprus. If we add to the atmosphere described above the relations of Cyprus with Israel, it is easy to understand why the Big Island in recent years has become a privileged platform for the development and export of interception systems with impunity. Similarly, the reaction of the Cypriot state is explained when, in 2019, the Israeli Tal Dillian was caught in the act with a crime weapon: a black spy van was spotted and immobilized by the Cypriot police. The beginning of the story in the publication “Listened to everyone”: a new round of scandal with wiretapping of the opposition and journalists.

The van was owned by T. Dillian, who is associated with NSO, the company that makes the Pegasus, and Intellexa, which sells the Greek-famous Predator. The sworn statement of the police in the criminal court on 20/12/2019, among other things, mentions the following: “VAN type car with foreign registration numbers, located in the territory of the Republic of Cyprus, is equipped with electronic and technical equipment with the ability to intercept and listen to communications. The car belongs to the company WS WISPEAR SYSTEMS LTD, one of the directors of which is Tal Dillian, who in the video and interview is presented as the owner of INTELLEXA, which has a specific application of the “trojans” category, as well as systems for intercepting via WiFi, monitoring telephone conversations, SMS, decrypting cipher texts, positioning mobile phones, data extraction, etc.

As a result of searches in a specific building in Larnaca, the relevant equipment was found and the cohabitation of the defendants in the same or adjacent office premises with Abraham Avni was established. In the same room, equipment related to the vehicle under investigation was found with extensive surveillance capabilities. As part of the same investigation, the Office of the Commissioner for the Regulation of Electronic Communications and Postal Communications reported that the companies under investigation, owned by Dillian and Avni, did not receive legal permission for electronic communications. The car was imported into the Republic and received permission from the customs department, having arrived from Israel, on the basis that it will record weather phenomena.

In his report, A. Damianu, MP and member of the leadership of AKEL, said: “This unprecedented case was taken to criminal court. The accused company WS WISPEAR SYSTEMS LTD was sentenced last April to a fine of 900,000 euros. Criminal prosecution against the owner and of an official of the convicted company was suspended and the court ordered the return of all equipment to the defendants, including VAN!

Apparently, the court returned the VAN so that people could continue their work without new expenses. Despite the illegal actions of companies of interest to Dillian, the Cypriot state issues licenses to export malware produced by the same companies.

All this in an atmosphere of clientelism and corruption, classic symptoms of the Republic of Cyprus, unfortunately: the office of Averof Neophytos (ed.: current candidate for the presidency of Cyprus), President of the Democratic Union of Cyprus (DISI) party Anastasiades, asked the Ministry of Energy of Cyprus to mediate with the government of the Netherlands, so that T. Dillian could get a job in the Netherlands.

Also Deputy Attorney General is Savvas Aggelidis, who previously provided legal services to A. Avni, Mr. Dillian’s partner. The brother of Savvas Angelides also had business relations with A. Avni. This doesn’t make some people wonder how the Predator team ended up in Cyprus and got the crime weapon, the surveillance van. After that, the “Predator” team from Cyprus moved to Greece under the wing of Mitsotakis…