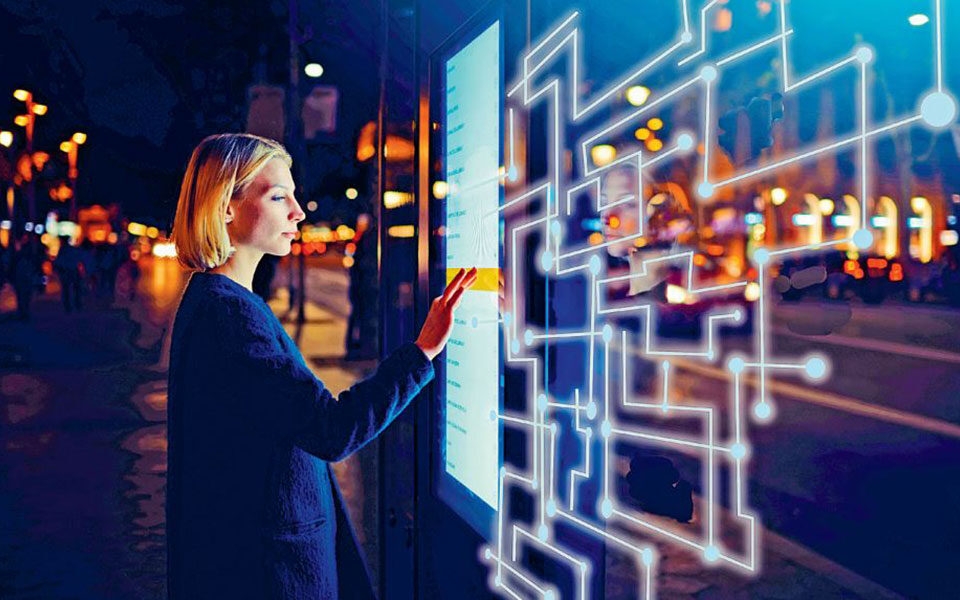 It is only a matter of time before the first smart cities are created in Greece, where the use of digital applications will effectively manage a number of functions such as traffic, waste management and parking.

Deputy Minister of Finance Theodoros Skilakakis signed a series of decisions confirming the inclusion in the Recovery Fund of the first 17 full digitization projects in the same number of municipalities throughout Greece. This is the first phase of the 90 million euro Smart Cities program implemented by the Information Society and the Ministry of Digital Governance, which includes 16 municipalities with a population of more than 100,000 inhabitants.

Trikkaya (Δήμο Τρικκαίων), which is a smart municipality model, will also join the program. Rhodes, Trikala, Chalkis, Larisa and Patras are among the ever-growing list of cities that are going to become “smart” by the end of 2025.

In the Dodecanese, with an investment of around 3.3 million euros, a fire protection project with smart cameras and sensors will be created, as well as a range of smart systems that will manage pedestrian crossings, the energy needs of buildings and vehicles.

It also provides for the provision of remote maintenance services through a special application, as well as the creation of a network of sensors in schools to monitor air quality, pollutants and possible vibrations of buildings. In Trikala, a 7 million euro project involves the creation of applications aimed at the personalized interaction of citizens with local government services, as well as the creation – by bitcoin standards – of monetary rewards (Tricoin), through which citizens participating in actions related to the goals of the municipality ( for example, for scheduling the collection of bulky items) will be rewarded.

In Chalkis, the €3 million project includes an integrated information management system for controlled parking and traffic information, a platform for smart pedestrian crossings and a range of applications to optimize waste collection and save energy.