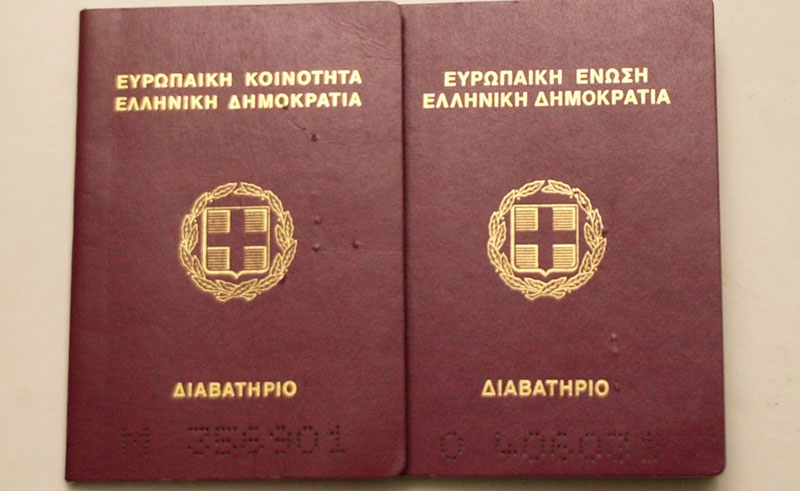 Needless to say, Mr. Walid Sood did not come to the country in a boat with refugees, did not declare his survival and rescue, crossing the Aegean Sea, he arrives in the country in a way that inspires awe in Mitsotakis and his company: on a private jet and with all the trappings of an extravagant life. So is it possible not to make a Greek out of a man who scatters dollars and pays generously? The question is who he pays to, but that’s a detail that is not recorded in the presidential decree granting him Greek citizenship.

Speaking from the very beginning, as the investigation showed documento, Waleed Abu Sood is the head of the AGC fund, which bought Asteras Vouliagmeni. An expert in moving money through corporate schemes bearing exotic names and reputed (true or not, we’ll never know) of “big Arab funds,” Mr. Sud chose Greece as his company’s investment target. By all appearances, his investment will be effective, since he has already begun to profit from Asteras by selling villas in collusion with Greek shipowners.

And while the “Kuwaiti tycoon” seems like an open-door businessman, he doesn’t seem to be satisfied with his Kuwaiti passport, which is why the Mitsotakis government has given him a coveted European Union passport with the Greek national emblem. “Why?” – that is the question.

Mr. Waleed Sood has investments in dozens of countries and has transferred billions around the world in a familiar game where various funds gamble and impersonate investors. In Greece, this “investment” game, as we recall from the case of Israeli (convicted in Switzerland for fraud) Benny Steinmetz, is nothing more than borrowing money from Greek banks to buy Greek assets. The investor shows money but ends up buying with loans from us because he has the money. So why wasn’t he given the citizenship of some other country than those in which he invested money? Because the granting of citizenship is not a financial and banking act.

I don’t know the details of the Court’s investments, but what is certain is that none of the dozens of countries it has invested in have granted it honorary citizenship. Honorary naturalization in all countries of the world, as in Greece, is reserved for persons whose activities are connected with the countries they revere. Usually we talk about intellectual personalities, cultural ambassadors and people who enjoy universal recognition. Citizenship is not given as an honor to people who hand out petrodollars, hire luxurious escorts from the southern suburbs, and throw carnations into bouzouki. They are probably very enthusiastic about the Greek government, but there are no such criteria in the law for naturalizing someone as a Greek.

Therefore, no foreigner, even the Court, can be naturalized like a Greek, because he brought (if he brought) money to Greece to invest and satisfy his interests. Even if he gives Greece 400 million, his right to naturalization will still be discussed. Otherwise, let Mitsotakis make an announcement that he is handing out citizenship and golden passports to anyone who claims to be an investor and explain this to the European Union.

But Waleed Abu Sood and his funds are not random investors. A simple investigation reveals that they have close financial and investment ties to Turkish funds and Erdogan himself. In other words, Mitsotakis did not naturalize an international figure, but a financial swindler with close ties to Erdogan. The naturalization process is as suspect as the displaced funds and their owners. The patriotic Mitsotakis and the ultra-patriotic Makis Voridis make a Greek out of a man with strange financial ties to Erdogan.

It is especially significant that the letter of recommendation that the Court should become Greek was given by the usually suspicious Minister Adonis Georgiadis. He also gave a letter of recommendation to the wanted Ayavefe, and now in another letter he decided that, as he said, one is not born a Greek, but one becomes if one has a lot of money. The persistence of Georgiadis in recommending suspicious money people to obtain Greek citizenship is also suspicious.

These questions are twofold. The first is about the hypocrisy of the Greek political Olympus and Mitsotakis himself. A party that considers every poor and persecuted Syrian left to drown in the Aegean a hybrid danger has no problem if the same “invaders” have and give away big money. If we have to change our DNA, as many supporters of Kyriakos Mitsotakis say about refugees, then let’s at least celebrate this by paying a few dollars. All the words of hatred and racism with which Mitsotakis arms his constituents are a tool. The Mitsotakis gang hates the poor and the helpless, not those who come to Greece and threaten “national relations”.

But a serious question that also arises in connection with this citizenship grant disclosed by Documento is that the government has created a business on gold. It secretly distributes citizenship, apparently to those who can afford it. And the fact that the government pretends to issue them for investment purposes is more suspicious than explains its attitude. Undoubtedly, there are “investments”, but is it only for business? To put it bluntly, and it’s up to the prosecutor to find out, is there a deal between the people who want to get the golden Greek passport and the government of Mitsotakis? As it turned out, it’s not just two people. For the past three years, there has been an underground naturalization industry for individuals with huge fortunes that it is not even clear how they were acquired. Will Mitsotakis give citizenship to every mafioso or drug dealer who poses as an investor in Greece?

In this case, the President of the Republic is not without responsibility. First of all, it allowed the granting of honorary citizenship to be turned from an act of symbolism and values ​​into a dirty deal. This is a serious responsibility or lack of responsibility in the documents that she signed. Otherwise, she will continue to rant about the Greek nation and the evil Putin, and remain “an empty place.” There is good reason to believe that the Government Gazette is full of presidential decrees granting Greek citizenship to various guys with strange names. And I have no doubt that Adonis Georgiadis knows how to pronounce all these strange names perfectly. Not like Antetokounbo, who was the “African Akenotubo”.

PS It is worth noting that the Mitsotakis government is the first in the history of Greece, which tied the level of income to the conditions for granting citizenship. As a result, tens of thousands of people who have lived in Greece for many decades and who applied for naturalization were refused. Since now you need to have an income of 8500 euros for at least 5 years in a row to get a Greek passport.