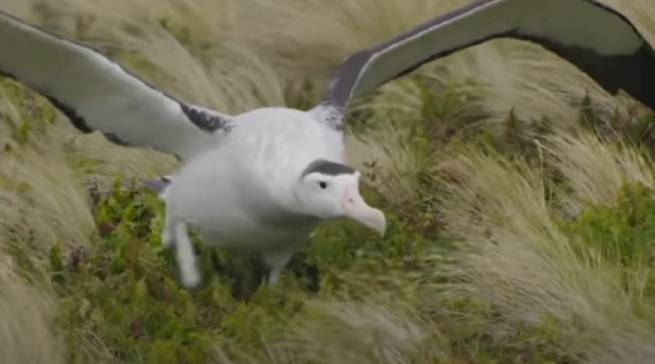 The homosexual partnership of albatrosses is becoming more common and “not from a good life” – birds prefer it to complete loneliness.

At the same time, scientists note that such relationships do not bring males any advantages, such as, for example, procreation. Only the fear of loneliness after failures with females pushes representatives of the same sex “into the arms” of each other.

The BBC’s Frozen Planet II program aired a story about how two male albatrosses in New Zealand came together after being rejected by the females. The researchers, led by host David Attenborough, spotted a 14-year-old male albatross looking for a mate on the uninhabited subarctic island of Antipodes. He desperately tried to win the favor of the female, showing her the span of his wings (a characteristic mating ritual for albatrosses). However, at the most tense moment, a stronger and more determined opponent appeared, forcing the loser to retire.

After the fiasco, the albatross drew attention to the same restless relative. He managed to appreciate the marriage ritual and … the couple was reunited. Both partners showed signs of attention to each other, kissed and hugged. It is possible that an unusual family will remain together until the end of life – albatrosses are monogamous birds. As a rule, they travel separately, but every two years they look for their favorite partner to mate and raise chicks. That’s just what can be chicks? As noted by the authors of the film, both partners are males.

The BBC team learned that same-sex relationships are increasingly common in the Antipodes Islands due to the predominant number of males – there are about three times as many as females. The latter fly north to hunt and often die there, colliding with the equipment of fishing fleets.

Previously, researchers were able to identify a common cause of breakups among albatrosses: approximately 13% of pairs “divorce” because of the softness and shyness of males. Sometimes a female may decide that mating with a partner does not shine for her, and go in search of a new “spouse”, writes BB.LV.