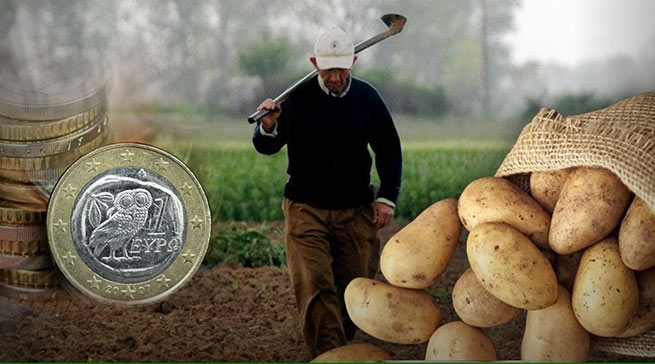 A Messinian farmer has sharply criticized Adonis Georgiadis and the government for raising prices as retail chains buy produce from farmers at degrading prices to sell at exorbitant prices in supermarkets.

He mentioned that he sold his potatoes for 25 cents and then saw that they were being sold for 1.10 euros. That is, there is a difference in prices that cannot be justified and certainly cannot be “forgotten” by communication scams like the “poor man’s basket”. In particular, the farmer said: “Mr. the one upstairs, the minister, in the supermarket understands spaghetti and so on. Why doesn’t he go up there and say that I sold potatoes to the processor for 25 cents, and in the supermarket my potatoes were sold for 1, 10. Why don’t they go and contact them? Who are they afraid of? What is a mobster? What is a cartel?”

They take 20 and sell for one and a half euros? So it won’t go any further. If they don’t stoop to our problems, we won’t talk about politics, we are just a simple farmer’s association, we encourage everyone to join us to get results, otherwise we’re done. The time will come when they will have to meet us face to face.

In a previous post on the topic price difference in supermarkets in Greece and Britain our publication was reproached for the fact that food prices in Britain are much higher than in Greece. However, the authors of the comment apparently did not understand the essence of the message, which was that we are talking about the same Greek product, which costs more in Greece than in a country that is located thousands of kilometers from the manufacturer (transportation cost), and besides, it is subject to import duties in Britain.

In fact, the problem lies elsewhere: the British authorities, understanding the mood of the population during the energy crisis, are going to meet it, reducing VAT on food to zero and introducing markup controls for retail chains and supermarkets, limiting the maximum trade allowance on the way from the farmer to end consumer. In Greece, there is no such control, which allows resellers and retail chains to make unreasonably high mark-ups, which, on the one hand, make the work of farmers unprofitable, and on the other hand, plunge the population into poverty.