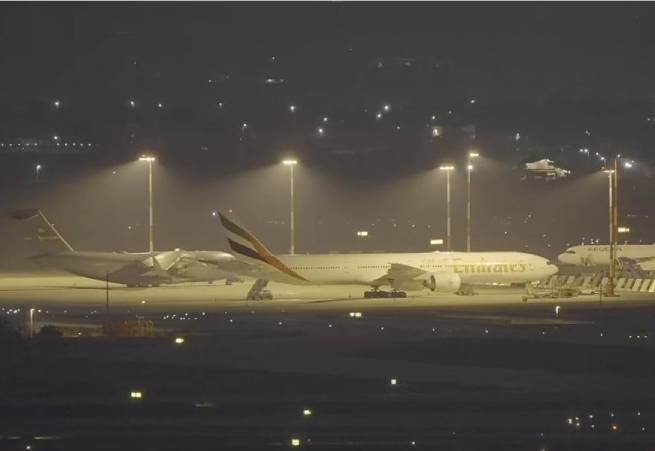 An alarming incident at Eleftherios Venizelos airport: – American agencies sent Greece a warning about a suspicious passenger on a flight from Athens.

The message concerned two Emirates aircraft. One of them had already flown to New York and was over the territory of Italy. Having received an urgent return order to Athens, he returned at 22.00, accompanied by two F-16 fighters of the 340th squadron, which had taken off from Crete. The second airliner was supposed to fly to Dubai, but after a report about a suspicious passenger on board, it did not take off – the flight was delayed.

According to unconfirmed information, the United States reported that this is a man of Arab origin. The Americans reported that the suspected passenger got into airplane, bound for either Dubai or New York.

Alerted special services carefully examined both aircraft, but did not find a suspicious person or anything related to information received from the United States. In the message ΕΛΑΣ about the incident, quotes avgi.gr, says:

“The General Directorate of the Hellenic Police informs that as part of the investigation of information about the presence of a suspicious person on one of the two flights of a well-known airline departing today (10-11-2022) in the afternoon from Athens International Airport “El. Venizelos, an order was issued to return one flight and not to fly another, by decision of the Airport Security Committee. Subsequently, all passengers and aircraft were checked by the Greek police, while no person was identified to whom this information related, or anything else suspicious “.

A few minutes after 23:30, the alarm ended with the passengers being taken to their hotels so that they could spend the night and be able to re-board the plane to their destination.

Pilot Grigoris Constantellos commented situation, referring to the information that if the pilot of the aircraft does not obey the orders of the fighters, then they are obliged to shoot him down:

“Procedures are designed and created after 9/11 and are mandatory for all regions of the Western world that adopt ICAO legislation. If the plane is hijacked, and we know that it will change direction, change altitude, or receive radio requests, then possible order to shoot down this aircraft. This is the protocol. Every country has a crisis committee for such cases. It’s a difficult and painful process, but that’s the protocol. The main thing is that the system worked accurately and in detail. It is not mandatory that the aircraft land in Italy or in the area in which it is flying. The authorities are assessing the risk. The state from where the plane took off is obliged to meet him back, because it is his responsibility.”