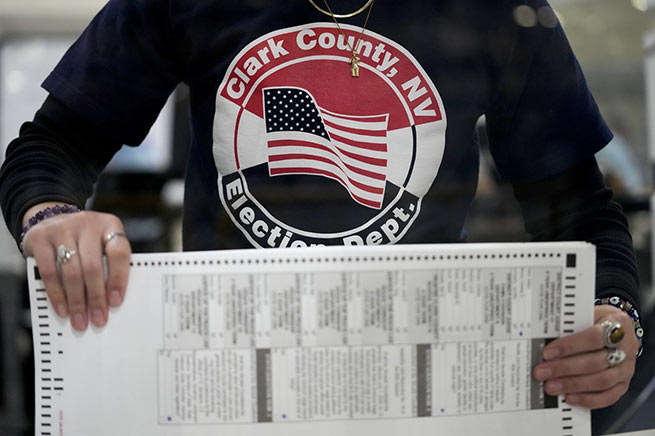 The results of the U.S. midterm elections will determine who pulls the strings in Congress and how much freedom of movement Democratic President Joe Biden will have in the next two years before the 2024 presidential election, in which Republican predecessor Donald Trump is expected to be the nominee.

The balance of power in the U.S. Senate, one of the two houses of Congress, now hinges on an as-yet-determined outcome of elections in three states as Republicans regain control of the House of Representatives despite a rather “disappointing” vote after “red” predictions failed to materialize. wave” that will overwhelm Congress.

The representation of three states – Arizona, Nevada and Georgia – in the Senate has not yet been determined. The government of the country depends on them.

This year, 35 out of 100 seats in the Senate are renewed in elections. At the moment, the composition of the body is divided exactly in half (50 Democrats, 50 Republicans), while the vote of US Vice President Kamala Harris is decisive in the event of a tie.

President Biden’s Democratic Party remains hopeful of reversing the predictions made against it and retaining control of the Senate. Traditionally, US midterm elections are not in favor of the ruling party. 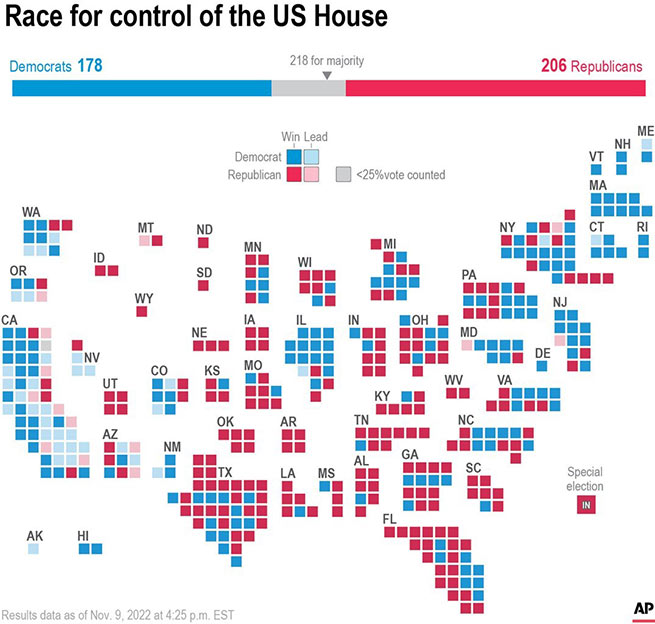 Georgia’s Senate representation will be up for a runoff in December as neither Democratic Senator Raphael Warnock nor Republican Herschel Walker (a former U.S. football ace backed by Donald Trump) won more than 50% of the vote. However, the outcome of the second round in Georgia may not be significant in terms of control over the Senate. If Republican candidates win in Arizona and Nevada, they will get a majority in the Senate. In these states, a large number of ballots have yet to be counted.

US President Joe Biden, in his late address on Wednesday evening, spoke about the midterm elections and the situation that is developing in the country before the results are fully counted. Early in his speech, Biden called the midterm elections “a good day for democracy and a good day for America.” He stressed that “the American people have spoken out, showing that democracy is what we are,” noting that the elections were held “without any interference.” “We don’t know all the results yet, but I’m optimistic. Voters have shown their concern,” Biden continued. “After a long campaign, I can say one thing: betting against in America is never successful. Nothing is beyond our reach if we work together. But we must remember who the hell we are.”

“While the press and pundits were predicting a huge red wave, it didn’t happen,” he said, noting that many results in key counties are still being calculated. “I am ready to work with my fellow Republicans, and the American people have made it clear that they expect Republicans to be willing to work with me, too,” he added. 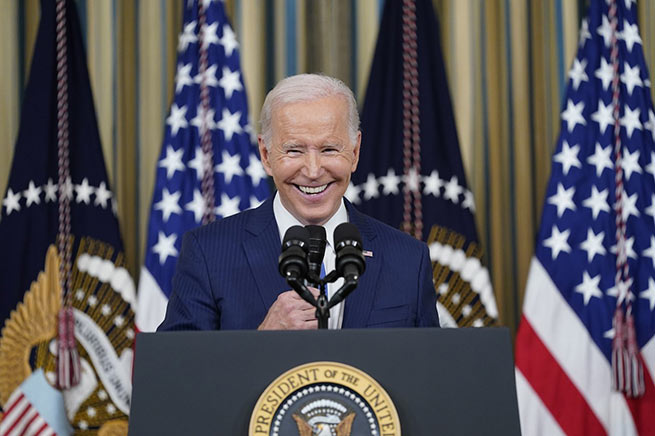 Biden made it clear: “I will not support any Republican proposal that exacerbates inflation, and I will not back down from the historic commitment we just made to address the climate crisis.” He said polls show positive results from his administration’s infrastructure, economic and pandemic decisions, even though he is no longer in control of our lives.

Upon his return from the Indonesian summit, he announced that he would invite world leaders to look at his next steps, he said. “I want to make it clear that I will not support anyone who does not support a policy of lowering inflation,” he added, among other things.

We need to consider tax cuts for the middle and working class, he said. In no case will I support anyone who advocates changes in the medical system and healthcare,” he said, in particular. “I am very optimistic about the prospects for the United States, and this future is as bright as it can be. I’ve never been so optimistic about the future of this country,” President Biden said. He says he draws his optimism from the young people he interacts with.

“It’s never profitable to bet against the United States,” he said before starting questions from reporters. In the next two years, he said, he does not intend to act differently. The problem is that most of the laws we pass take time to get results, he said, referring to infrastructure in particular.

He spoke of the dignity and honor with which people should treat each other. I want to build the country from the bottom up, and thirdly, he said he would do everything in his power to reunite the country. Democrats have lost few seats and have a significant chance of winning the Senate, he said. It’s a moving target, but we can be very close, he said.

Regarding the checks that Republicans warn they will give the Biden family if they come to power, he replied that the US wants to move forward. It’s almost comical, he added. He expressed hope for continued cooperation in all areas to provide assistance to Ukraine. “On foreign policy, I hope we continue our bipartisan approach to countering Russia’s aggression in Ukraine.”

President Joe Biden has said he remains “intent on” running for re-election in 2024. Asked how he interprets the results of last night in terms of whether he can run for re-election, and whether they make it more likely, the President replied that the results did not affect his or his family’s thoughts. “I intend to do it again. That was my intention.” He said he would likely announce it early next year. “Hopefully Jill and I will have time to sneak off for the week between Christmas and Thanksgiving. And I think we’ll be judged early next year,” he said. He called it a “family” decision.