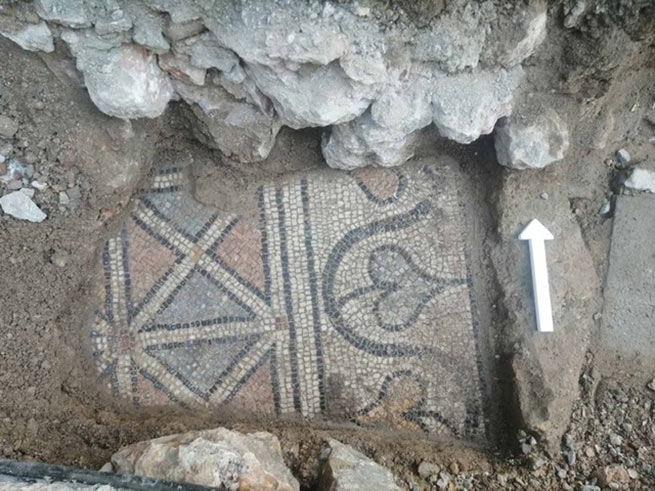 The Ministry of Culture said on Thursday that excavations carried out in the center of Athens as part of the city’s redevelopment unearthed ruins believed to belong to a late Roman-era villa.

At a site located on Platea Theatru (Theater Square), just behind the city hall on the main street of Athinas, the remains of a wall and part of a mosaic floor were found at a depth of about 1 meter. Marble blocks arranged in a row indicate the existence of a colonnade, and mosaic floors are believed to have decorated all the rooms, indicating the luxury of the building. Older excavations on land adjacent to the square have revealed architectural components that appear to belong to the same complex, including similar walls and mosaic floors.

Archaeological excavations are proceeding on a tight schedule as the city wants to start work on the square as soon as possible, the ministry said, according to the Athens Macedonian News Agency.