As reported in the broadcast, the house that was confiscated by the Greek state is a three-level maisonette with an area of ​​200 square meters per floor, with a total area of ​​600 square meters. In previous years, the value of the property was 7,000 euros per square meter, and today it is estimated that it has risen to more than 10,000 euros per square meter. As the lawyer noted, the Tsokhatzopoulos family lost their ownership of the property, but they have the keys to the house, and until it is confiscated by the state, they could live in it, but Vicky Tsokhatzopoulos decided not to have anything to do with this house and lives in another place.

The broadcast showed photographs showing the interior of Akis Tsochatzopoulos’ house on Dionysios the Areopagite in disarray as Vicki Tsochatzopoulou’s side claims the house has been ransacked in the past few days. According to the widow of the former PASOK minister, things were missing from the house, including very expensive furniture, the cabinets in which Akis Tsohatzopoulos kept his archives were looted, and the floors were opened in some rooms.

As noted by Mr. Alexandris, “December 1 will be published third will Akis Tsohatsopoulos, who is expected to will cause an earthquake will have development at the political level.” According to Realnews journalists, we are talking about safe deposit boxes in a Swiss bank, the beneficiaries of which are nominees.

It is worth noting that the presence of three wills is not something rare in Greek reality, since many times the testator may want to add something, supplement or even clarify, so he proceeds to draw up a series of wills. In fact, there are times when one cancels out the other.

The lawyer said that “Akis managed to recover part of his archive after being released from prison. Obviously, some people, frightened, thought that there might be evidence in the house, entered the house and looted it, they even tore off the floors in the room where Akis Tsohatsopoulos’ office was “. However, he stressed that “the most important thing is the absence of traces of hacking.” Those with the keys are known and they are the prime suspects.” Adding that “there is also collateral damage, with the theft of items, but the main thing is that they could not find evidence from the file of Akis Tsochatzopoulos.”

To what the lawyer said, one can add that the building of the Spanish Embassy is located nearby and, among other things, the area is constantly patrolled by police. It is quite difficult to smuggle something without the knowledge of the police ….

The name of Akis Tsochatzopoulos became widely known on May 30, 2010, the newspapers Kathimerini and Proto Tema published data that the wife of Tsochatzopoulos, three days before the entry into force of Greek law 3842/2010 “on the restoration of justice and the fight against tax evasion”, acquired the aforementioned building on Areopagite Street, worth about one million, through an offshore company (the building is now valued at least at 10 million euros). During the investigation, it turned out that one of the owners of the company turned out to be TORCASO Investments Ltd, involved in a corruption scandal with real estate around the Vatopedi Monastery. On June 1, the Prosecutor of the Athens Court of First Instance initiated an investigation into financial crimes.

On March 18, 2011, the German magazine Der Spiegel named Tsochatzopoulos as involved in the Ferrostaal deal in February 2010. Akis Tsokhadzopoulos sued the publication for this publication.

March 31, 2011 An investigation has been launched into a discovered bank account in the amount of 178 million euros. At the beginning of April 2011, information was made public about the transfer of a bribe to Akis Tsokhatzopoulos by representatives of Ferrolstaal, on the eve of the sale of submarines. After this scandal unfolded on 11 April, he was expelled from PASOK. On April 28, 2011, 226 members of the Greek Parliament voted to set up a special committee to investigate and possibly prosecute Tsochatzopoulos if German submarines were supplied. 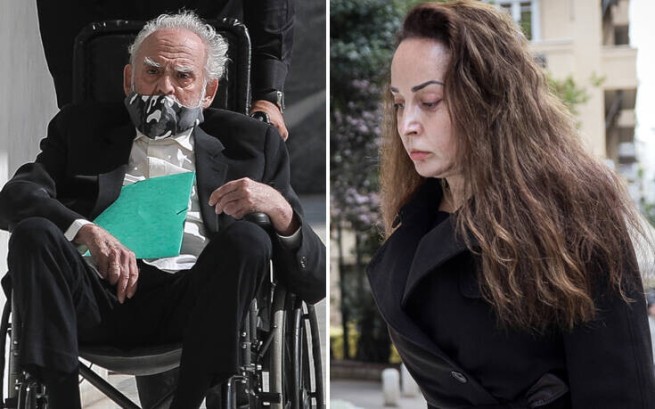 72-year-old Akis Tsohatsopoulos was arrested in April 2013, right in his chic house in a fashionable area of ​​Athens, which, along with other elite real estate of the ex-minister, became interested in the Greek prosecutor’s office. He was accused of corruption and “laundering the proceeds of illegal payments” when he was the head of the Greek Ministry of Defense from 1996 to 2001. First of all, we are talking about transactions for the acquisition of four submarines from Germany in the amount of 2.85 billion euros. As the Germans themselves found out, the Ferrostahl concern that supplied submarines paid multi-million dollar “kickbacks” not only to Greece, but also to Portugal. The prosecutor’s office discovered the accounts of the Tsohatzopoulos family and the inner circle in Switzerland, and in the daughter’s house there is a real warehouse of gold coins and ingots.

The investigation into the case of the former minister found that the amount of bribes received by him as “kickbacks” for the supply of military equipment exceeded 2 billion euros. So, for example, only the amount received by the former minister for concluding a contract for the supply of Russian missiles amounted to 81 million euros. The investigation also managed to find offshore companies, owned by Mr. Tsohatzopoulos, in the Cayman Islands.

His wife Vicky Stamati and daughter Areti Tsokhadzopulu also ended up behind bars. Later spouses divorcedwhich, according to Akis, was a blow to him.