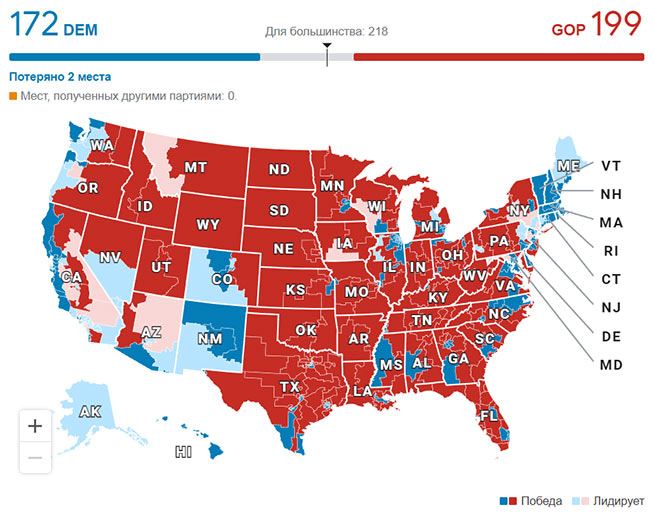 53% of Americans voted Republican compared to 47% who voted Democrat for congressional seats, meaning that for the first time in years, Republicans won a majority across the US.

However, the situation in the Senate is still uncertain, the votes are being counted, and at the time of publication of the material, the Democrats have 46 seats, and the Republicans 47, and the situation can change at any time. At the same time, to win each game, you need to get at least 51. And for these last places there is a very intense struggle.

And while some talk of a clear Republican victory, as many expected, the battle is not yet over. Many in the US are wondering what happened that the Republicans didn’t “purge” the Senate with ease when the Democratic administration did so much damage to the country. Inflation and rising prices have been unprecedented as long as the presidency of the United States is held by a man with obvious mental problems that make him incapable of real government.

But the result is a bit of a magic picture, as it overlooks the fact that out of 100 Senate seats, only 35 were up for the midterms. In terms of those 35 seats, the Republicans won 19 and the Democrats won 16, meaning they essentially won.

It’s also worth noting that in the states they lost, the Republicans also posted impressive growth. For example, the state of Pennsylvania is certainly a Democratic stronghold. Mehmet Oz, the Republican candidate, was considered a loser by a wide margin of about 18 points a month ago. In the end, he lost only 2.5%. At first glance it doesn’t show anything because it doesn’t register. 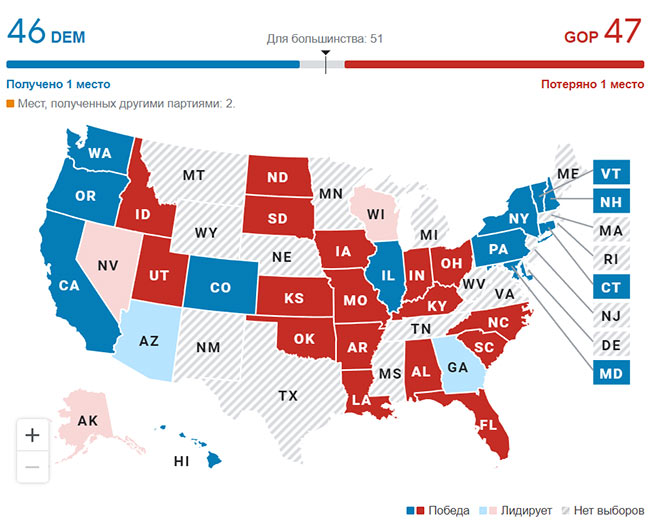 But if this anti-Democratic streak continues in the presidential election, they will almost certainly win the remaining 65 seats they need to regain control of the Senate.

In the meantime, Democrats believe that President Biden is doing a good job as they have not suffered a single landslide defeat, but only one, which means they will keep him as their candidate in the 2024 presidential election, and given his administration for Today, it is safe to say that the situation of Americans in the next two years will become even worse.

This means the next Republican candidate will have an easier time winning the 2024 presidential election. Donald Trump is considered highly likely to be the Republican nominee. It is worth noting that Texas Republican candidate Maira Flores, who lost her congressional seat to Democratic opponent Vicente Gonzalez, said that “the Republican red wave never happened because Republican and independent voters stayed at home.” Don’t complain about the results that you didn’t do what you were supposed to do.” such a person as D. Trump.

As for the Republican majority in Congress, this is important, since Joe Biden will not be able to pass his bills. From tomorrow, it will be a government under surveillance, visibly weakened, while the results of its policies continue to weaken the most powerful country on the planet.

By the time the US hits the 2024 presidential election, Republicans will seem like the only way out for the American people. Of course, to get this far, Joe Biden would have to avoid bringing the entire planet to a nuclear holocaust. Because if that happens, then we won’t see new elections at all…