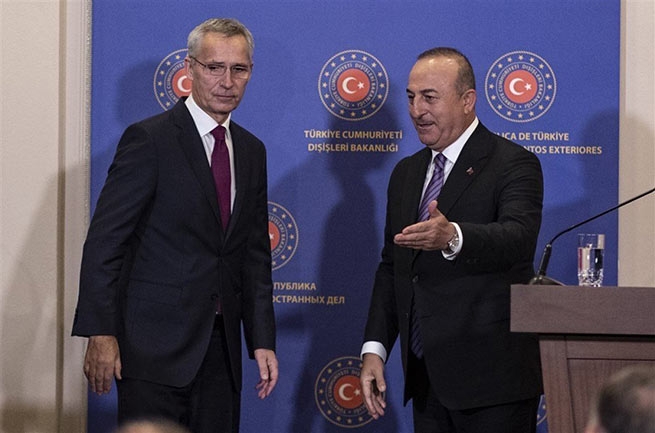 NATO Secretary General Jens Stoltenberg arrived in Istanbul, trying to convince Turkey to lift the veto on the entry of Sweden and Finland into the alliance, but again received a negative response.

Stoltenberg complained about Recep Tayyip Erdogan, who gave him his last word: “They didn’t do enough for us!” On Tuesday 8/11, Turkey’s foreign minister said that Sweden and Finland have not yet fulfilled all obligations under the NATO membership agreement and must take a number of concrete steps.

Mevlut Cavusoglu, speaking with NATO Secretary General Jens Stoltenberg in Istanbul, also said that Turkey had noticed that the new Swedish government, under the leadership of Prime Minister Ulf Kristerson, is resolutely approaching the fulfillment of obligations.

Sweden and Finland signed a memorandum of understanding in June. At the time, NATO member Turkey agreed to lift its veto on their bids to join the transatlantic security alliance. Both countries asked to join in response to Russia’s war in Ukraine. However, Turkey demanded additional guarantees for Kurdish fighters.

The first “no” was said in May by Turkish President Recep Tayyip Erdogan, when he stated: “We are currently following the developments regarding Sweden and Finland, but we are not positive. They have made mistakes in NATO in the case of Greece in the past “, its previous administrations, you know Greece’s attitude towards Turkey. We don’t want to make a mistake. The Scandinavian countries are like hostels for terrorist organizations.”